Author David Sedaris confesses to being a 'horrible person'

David Sedaris's new book "Squirrel Seeks Chipmunk" has brought him to Germany, where he talks about foul-mouthed animals, prejudice in his adopted home, Europe, and the difference between bad and horrible. 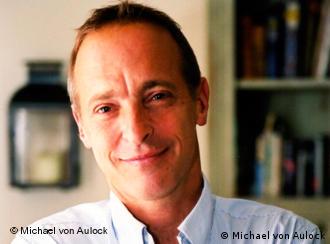 David Sedaris left the US to live and write in Europe

Deutsche Welle: "Squirrel Seeks Chipmunk" is vastly different from what you’ve written so far in that the main characters are animals instead of people. But they're not children's stories. The animals are cruel; they curse; they're jealous and violent. What would you have made of these stories if you had read them at age 10?

David Sedaris: If I had read them at age 10, I would probably have thought, I can do that! And I would have written some of my own.

And that is exactly the kind of thinking that got you writing this book. What was the inspiration for these stories?

Somebody gave me an audio collection of South African folk tales. I was excited because I love audio books, but the stories were just awful. So I thought, I can do better than this - and I think I did.

Are the stories modern fables?

I don't think of these stories as fables, and I didn't read any while I was writing. Fables always have a moral, but I never want to impose one on my readers. When you read Aesop's fables, they’re so black and white, but we don't live in a black and white world anymore. There are more shades of gray, and in this book it's rather the difference between the bad and the horrible that I am interested in. 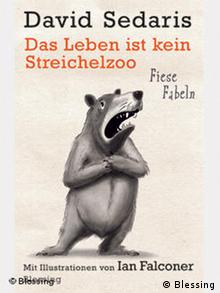 When you wrote these stories, did you feel that you are essentially just as flawed as the characters themselves, or are you the observing outsider shaking your head at them?

I wanted to write about aspects of human behavior that sicken me, but I never had to look further than myself. I just thought, 'What do I hate about myself today?' I'm constantly selling out my friends in order to get somebody's approval, or I'm blaming sick people for being sick, or I'm stabbing somebody in the back, or I'm lying… I'm a horrible person.

Would you say you're judgmental?

I'm a horribly judgmental person. My boyfriend is not judgmental at all, and I don't quite understand it. I just don't know how to stop myself from being judgmental. And I'm unforgiving too.

And that helps your stories, because we laugh the most at the characters that are really awful. Are good people story material at all?

Not for me, they're not. I'm always so taken with people who are wrong-headed - I love the combination of confidence and wrong-headedness. I could listen to those people talk forever.

Your own stories have an oral tradition themselves, just like the folk tales that inspired them. You don't just sit enclosed in your office and write until publishing date, but you take individual stories and read them at public events. What do you do with the response you get there?

I'm going on a tour of the United States, I leave in nine days, and I have four new stories that I’ll read out loud there. I welcome the opportunity to edit in front of an audience and I make little notes on my paper about the response I get. When I go back to my room, it helps me to rewrite stories. I'm usually not terribly wrong, and if I find it interesting, the audience tends to find it interesting as well.

It seems from stories you've written previously that growing up gay in the rather conservative American South was never easy. Did that shape some of your sense of being an outsider?

I'll be at book signings in America now, and a woman will come up with her 14-year-old son, and she'll say, 'This is Thomas, and he's gay.' When I was 14, there was absolutely no way that I could have told my parents that, or that they would have been supportive in any way. But the world has changed so much since that time.

Have you felt that Europe is a place with fewer prejudices?

It's different in France, because there, it's nobody's business who you're sleeping with, so it's hard for me to imagine that French mother saying, 'This is my son, he's gay.' At the same time, it's important to go through that obnoxious phase where you get in someone's face and you say, 'Yeah I'm gay, you wanna do something about it?' I really think there's something important and empowering about that.

Each of your book tours has some specialty, once you gave priority to smokers who wanted their books signed because they don’t have as much time left to live; on another tour you collected tips. Is there anything like that for this tour?

On my tour of the United States, I asked people to tell me a joke, any joke. If they thought a joke is too sexist, too racist, I would say, think again. They cannot be too dirty or offensive to me. And I came away with some pretty good jokes. Hopefully, some of them will end up in future stories.