The state of Carinthia in southern Austria faces a bill it can't pay - and may be forced to declare bankruptcy. It may be asked to find as much as 10 billion euros to cover toxic bank debts from a collapsed lender. 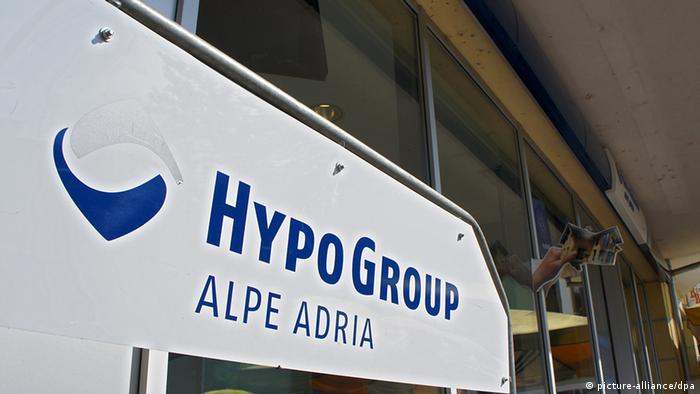 An Austrian state is threatened with bankruptcy after the country's national government said it would cut support for one of the "bad banks" created in the wake of the world financial crisis.

Supervisors took control of Heta Asset Resolution on Sunday (01.03.2014) after an audit revealed a balance-sheet shortfall of up to 7.6 billion euros. They issued a 15-month moratorium on payment of its debts to allow time for agreement on a debt haircut with creditors.

Finance Minister Hans Jörg Schelling told public radio the country would cover a 1 billion euro bond, issued in 2012. But it would not cover the debt guarantees of Austria's states - and he called on the southern state of Carinthia to pay its full share. 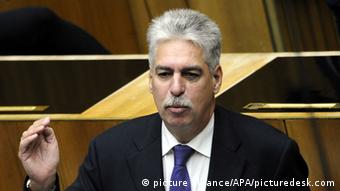 "Carinthia cannot pay that," he said.

Kaiser argued that the state was not liable for the debt guarantees unless Heta were declared insolvent - something Schelling said was not the case.

The daily "Der Standard" warned that the moratorium would likely result in a "flood of lawsuits," particularly once 450 million euros in Heta bonds go unpaid when they become due on Friday. Another 500 million will follow two weeks later. 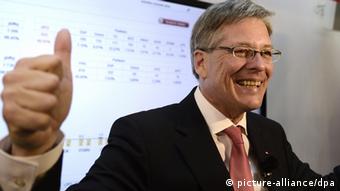 Heta was established in 2014 to take over the toxic assets of Hypo Alpe Adria, an Austrian banking group that was active in Southeastern Europe. It was nationalized by the Austrian government in 2009 after unrecoverable loans of as much as 18 billion euros threatened a bank collapse. Taxpayers have already paid more than 5 billion euros toward cleanup efforts.

Heta issued a statement on Wednesday denying any illegal manipulation of its asset values.