Blümel wants reception centers outside the EU, and Austrian Vice Chancellor Heinz-Christian Strache said the country is set to "protect its borders." Their statements came one day before EU leaders meet over migration. 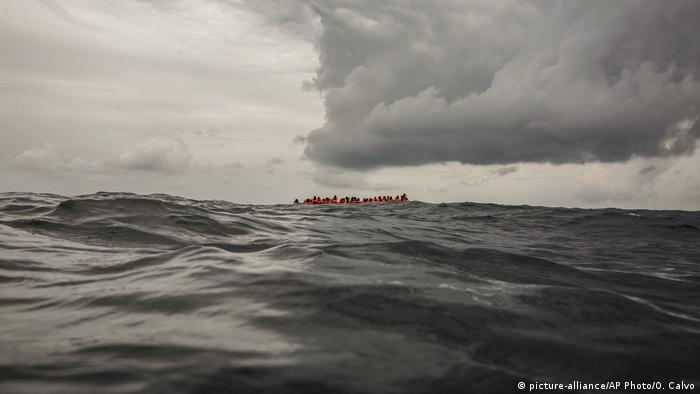 The centers proposed by Austria's EU minister, Gernot Blümel, would be used to determine whether individual migrants have a right to asylum in the EU, Blümel said during an interview on Saturday with German public radio Deutschlandfunk.

Blümel, a member of Austria's conservative People's Party (ÖVP), told the broadcaster it should not be that "if you climb on board a boat in North Africa, it is automatically a ticket to Europe."

Austrian Vice Chancellor Heinz-Christian Strache said on Saturday that if Germany were to close its borders to refugees, there would be a chain reaction across the EU. "That's the logical consequence, and we are prepared for it and will similarly protect our borders," Strache said in a television interview. The vice chancellor, a member of the far-right Freedom Party (FPÖ), also said Italy was taking similar measures.

"It can't come to a renewed (migration) wave like the one seen in 2015 again," Strache went on, adding that the EU's external borders must be controlled to ensure illegal immigration was brought to an end.

The European Commission said Thursday it was exploring options for a "regional disembarkation scheme" that would allow migrants rescued at sea to be taken to sites in northern Africa where their asylum requests could be processed. However, no African country has yet agreed to host such a center. 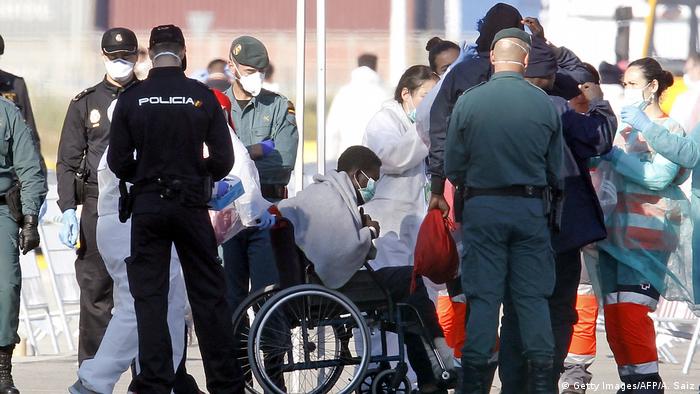 In Valencia, migrants were welcomed by emergency workers last weekend

EU leaders are scheduled to meet in Brussels Sunday for an emergency summit to try and resolve disagreements over how to manage the migration situation in Europe. The discussions come ahead of a full EU summit meeting next week.

The issue has been brought to a head by a growing rift in the German government over whether to turn away asylum-seekers at Germany's borders, and a new, hard-line migration approach by Italy's coalition government, which has denied NGO rescue ships entry into its ports. 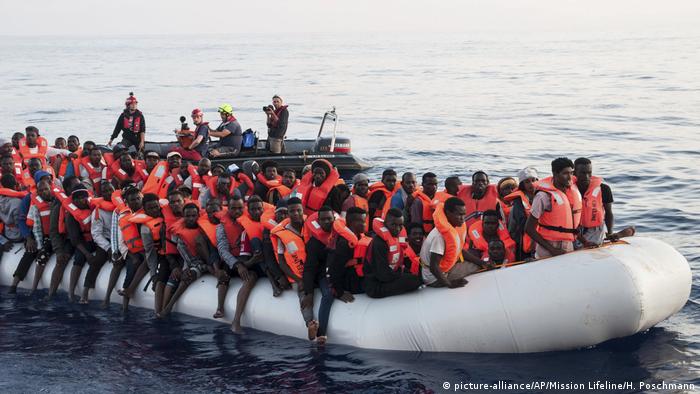 German Interior Minister Horst Seehofer insisted Saturday that he will press ahead with his challenge to Chancellor Angela Merkel's migration policy. Seehofer told Süddeutsche Zeitung that he wants the government to begin turning people away at the border unless an acceptable solution to EU migration is found.

Also on Saturday, as the German charity vessel Lifeline lay off the coast of Malta with more than 230 migrants aboard after having been denied docking rights, Italy's Interior Minister Matteo Salvini made it clear the ship would be prevented from going to Italy: "The Lifeline, an illegal ship with 239 immigrants on board, is in Maltese waters," Salvini wrote on Facebook. "These boats can forget about reaching Italy, I want to stop the business of trafficking and mafia."

More than 400 migrants were rescued in three operations off the coast of Spain on Saturday. A Danish cargo ship that had picked up 113 migrants was waiting for instructions from Italy near the Sicilian port of Pozzallo.

ICYMI: Feel-good stories from around the world 7h ago