Austria: Sebastian Kurz threatens to veto EU post-Brexit budget | News and current affairs from Germany and around the world | DW | 01.02.2020 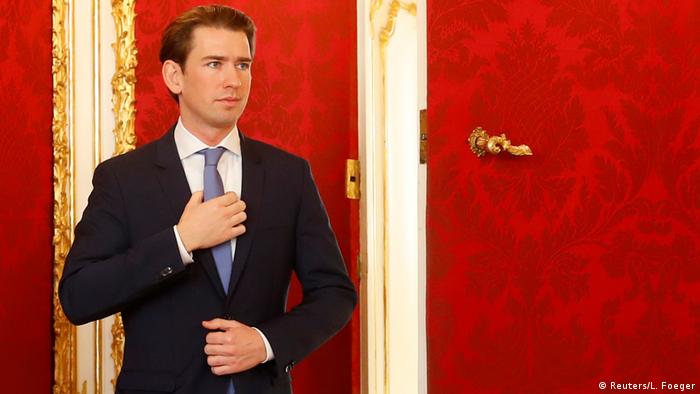 Austrian Chancellor Sebastian Kurz announced Saturday that Austria and other countries will veto the European Union's long-term budget plan for post-Brexit Europe unless the proposed budget is lowered.

The European Commission has been pushing members for contributions of 1.11% as a share of gross national income (GNI).  Austria, along with Germany and the Netherlands, is demanding a 1% cap.

"If this proposal is introduced, we will not support it, and neither will the other EU net contributors, I think," the conservative leader told Austrian radio Oe1, referring to member states that contribute more into the bloc's budget than they receive in EU funding.

Britain's official exit from the EU on Friday evening diminished the bloc's shared budget. After 47 years of membership, Britain had been a key net contributor to the bloc.

Read more: Austrian election campaign wraps up with patriotism — and a 'dirt bucket'

Kurz's statement comes not long after EU leaders had emphasized new priorities for the bloc including migration, climate change, and digitalization.

European Council President Charles Michel has called for a special EU leaders summit on February 20 in Brussels to negotiate the next shared budget for 2021 to 2027.

Next week, the Council leader is set to meet up with 16 heads of state and government representatives for separate talks on the EU's budget. Kurz is scheduled to attend the meeting on Wednesday.

Claudia Gamon, member of the National Council of Austria and a member of the European parliament, said that in the post-Brexit era, it was "time for a strong EU, " according to the Austrian newspaper Kronen Zeitung.

"If you torpedo the common goals now, you are moving into dangerous waters," she said.

Austria: Coalition between Greens and conservatives given green light

Austria's environmentalist Green party has approved a deal reached earlier this week to form a coalition government with the conservative People's Party. The deal has raised questions about whether the alliance can last. (04.01.2020)

The Austrian president has sworn in his new Cabinet, for the first time with more women than men. It's the ecologist party's first appearance in a ruling coalition of any stripe, allied with the conservative ÖVP. (07.01.2020)