Austria's defense minister has said the European Union's migrant deal with Turkey is dead. The EU must now prepare to strengthen its external borders, he added. 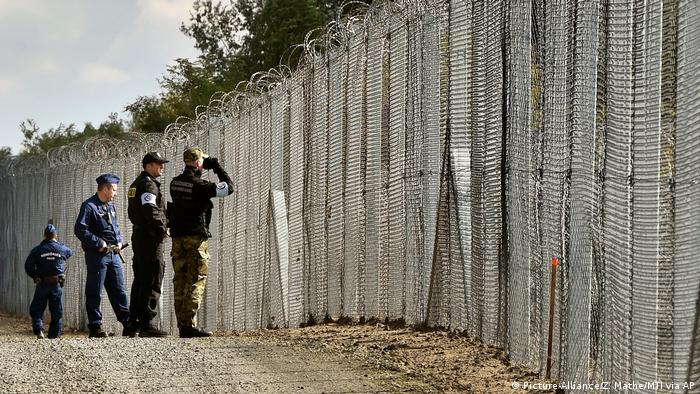 The European Union should bolster its border defenses against another influx of migrants in anticipation of the possible collapse of the bloc's refugee deal with Turkey, Austria's defense minister said Saturday.

"I have always said that the EU-Turkey deal should only be a stop-gap measure until the EU is in the position to effectively protect its external borders and thereby stem the flow of migrants," Hans Peter Doskozil told the German daily "Bild" in an interview.

"The time to organize for that is ever closer," he said, adding that he invited defense ministers from Central European states to Vienna early next week to discuss joint measures and the situation in Turkey.

Doskozil's comments come as the EU-Turkey migrant deal, which went into effect in March, has encountered a number of stumbling blocks even as it has reduced the number of migrants arriving in Greece.

Under the deal, Turkey agreed to take back Syrian migrants in Greece who did not apply for or did not receive asylum in the EU in exchange for aid and the bloc taking a set amount of Syrian refugees directly from Turkey.

But since the deal went into effect, migrants who previously tried to reach richer northern European states before applying for asylum have put in applications in Greece. This has slowed down deportations back to Turkey and left Greece overburdened as applications are processed. The EU, meanwhile, has been slow to develop a refugee distribution plan as countries, mainly in central and eastern Europe, refuse to accept asylum-seekers.

Political developments in Turkey have also cast the deal into doubt. Doskozil said Turkey was "on its way to becoming a dictatorship," a reference to Turkish President Recep Tayyip Erdogan's consolidation of power and targeting of the opposition.

The political situation in Turkey makes implementation of another part of the migrant deal problematic. Under the agreement, Turkish citizens are to obtain visa-free travel to the bloc, but EU officials have questioned whether this will happen due to draconian anti-terror laws and the deterioration of democracy in Turkey. The security situation and instability in Turkey also casts doubt over whether it is a "safe country" to return migrants.

Absent visa-free travel, Turkey's Foreign Minister Mevlut Cavusoglu this week suggested his country would pull out of the deal by year's end.

Vienna has allied itself with the Visegrad group - Poland, Hungary, Slovakia and the Czech Republic - against the EU's migrant policy. Earlier this year, Austria was instrumental in the closure of the Balkan route used by migrants to travel to northern Europe after it tightened its border controls and set a ceiling on asylum applications.

Also earlier this week, Austria sent 60 troops to Hungary to help build infrastructure along the border with non-EU member Serbia.

Austrians head to the polls on December 4 for a rerun presidential election that pits anti-immigration and eurosceptic Freedom Party (FPO) candidate Norbert Hofer against the left-leaning Alexander Van der Bellen. Migration has been a centerpiece of the campaign.

Austrian Interior Minister Wolfgang Sobotka has called on the European Union to strengthen its defenses against displaced people. He told a German newspaper that he wants stronger borders and more deportations. (13.10.2016)