Austria has begun building a fence along its border with Slovenia, a move the government has said will help it to better manage refugees. Over the past month, however, the inflow of refugees into Austria has dropped. 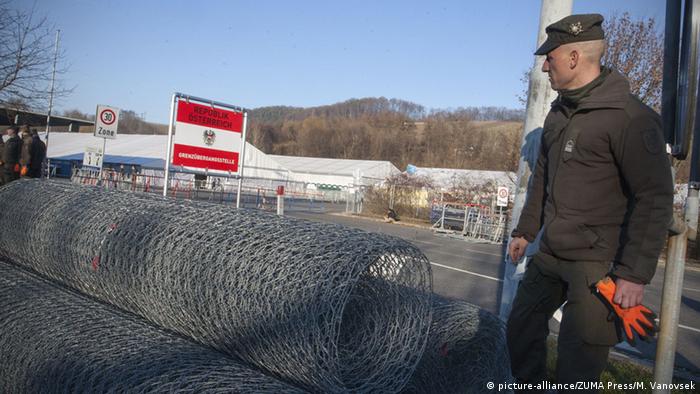 The Austrian army on Monday started erecting what will be a 3.7-kilometer (2.3-mile) fence near the Spielfeld border crossing in southern Austria, a first for Europe's passport-free Schengen zone.

Austria announced in October that it planned to build a fence not to block refugees from entering the country, but instead to better channel migrants and improve safety.

The fence on either side of the border crossing, 2.2 meters high (about 7 feet), is expected to be completed by Christmas, the Austrian army said.

Slovenia and Austria have been at the forefront of the largest refugee crisis to hit Europe since World War II, but the number of arrivals has dropped in the past month due to poor weather and a Turkish crackdown.

The construction of barriers along the Balkan route blocking economic migrants but allowing refugees from war-torn countries like Iraq, Syria and Afghanistan has also contributed to the falling numbers.

Most refugees making the journey through the Balkans after crossing into the EU from Turkey pass through Slovenia and Austria on their way to Germany or Scandinavian countries. But Austria also expects nearly 100,000 asylum applications this year.

Slovenia put up a fence along is border with Croatia last month as it struggled to handle a massive influx of refugees into the small alpine state.