Australia's largest bank has said it will pay massive fines over claims it violated anti-money laundering laws. The Commonwealth Bank's CEO said "we fully appreciate the seriousness of the mistakes we made." 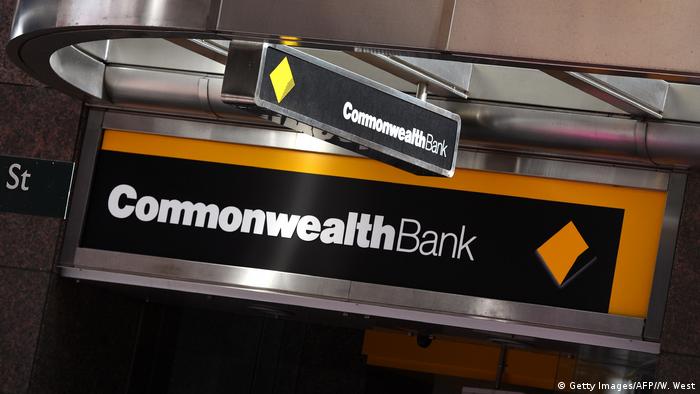 The Commonwealth Bank of Australia (CBA) on Monday agreed to pay a fine of AU$700 million (€450 million, $530 million) to settle allegations that it breached anti-money laundering and counter-terrorism financing laws.

In a statement, CBA's Chief Executive Officer Matt Comyn said the agreement was a clear acknowledgement of CBA's failures and apologized to the community.

"This agreement, while it still needs to be approved by the Federal Court, brings certainty to one of the most significant issues we have faced," Comyn said.

"While not deliberate, we fully appreciate the seriousness of the mistakes we made. Our agreement today is a clear acknowledgement of our failures and is an important step towards moving the bank forward," he continued.

The settlement came after court-ordered mediation between the nation's biggest bank and the country's financial intelligence agency, the Australian Transaction Reports and Analysis Centre (AUSTRAC).

The bank allegedly failed to properly monitor tens of thousands of suspicious transactions and failed to adequately report them to authorities, allowing criminals and terror financiers to launder millions of dollars through CBA accounts.

If the fine is approved by the Federal Court, it will be the largest-ever civil penalty ever handed out in Australian corporate history.

AUSTRAC chief Nicole Rose said the outcome sent a strong message to the financial industry that non-compliance with anti-money laundering and counter-terrorism financing laws would not be tolerated.

"As we have seen in this case, criminals will exploit poor business practices to launder the proceeds of their crimes," Rose said.

"This has real impacts on the everyday lives of Australians and puts the community at risk by increasing opportunities for terrorists to support attacks here and overseas, and enabling organized crime groups to peddle drugs to our families and friends," she added.

Shareholders expect perpetual robust growth in revenues and profits. But why would anyone expect banks to grow faster than the year-on-year growth of national GDP, which is in the 1.5 to 2.0 percent range? (09.04.2018)

Australian banking was in shock on Friday after its third biggest lender was hit with criminal charges over share issues. Deutsche Bank and Citigroup are also in the firing line over the allegations of wrongdoing. (01.06.2018)

Australia's central bank has unveiled a new colorful design for the AU$5 bill to improve banknote security. The new note has drawn mixed reactions from the general public, with some likening it to "vomit." (12.04.2016)