Australian gays say 'I do' as marriage reform kicks in 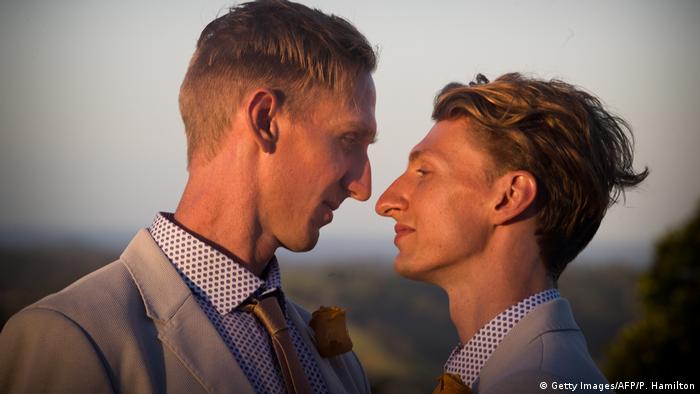 Among the first united in matrimony were track athletes Craig Burns and Luke Sullivan (pictured above), who said their vows on Tuesday after the clock struck midnight.

"It's another way to show your love and appreciation of your partner in front of the people in your life," said Burns, who will compete in the Commonwealth Games in in April.

The same as heterosexual couples, gay and lesbian couples in Australia are usually required to give one month's notice ahead of their planned nuptials.

That means Tuesday was the first day same-sex couples could marry, although several married in the past few weeks under exceptional circumstances because they were granted a waiver due to illness or travel requirements.