Australian mountaineer Steve Plain took 117 days to scale the highest peaks on all seven continents. He bettered the previous record held by a Polish climber by nine days. 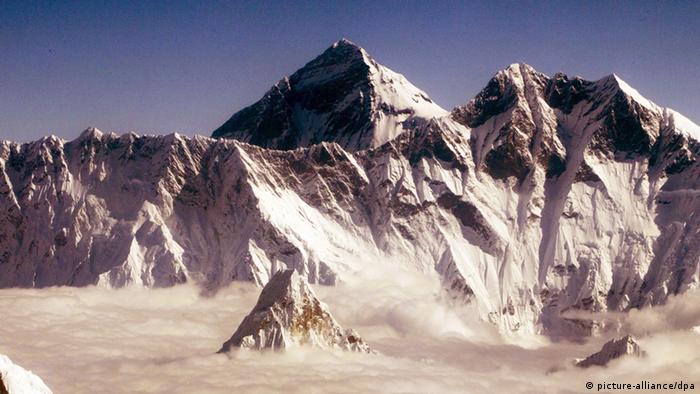 Iswari Poudel of Himalayan Guides Nepal said he got a call from the Everest base camp, confirming Plain's successful ascent to the 8,850-meter (29,035-foot) peak at around 7 a.m.

The 36-year-old Australian began his quest by climbing Mount Vinson in Antarctica on January 16. He followed that with Mount Aconcagua in South America, Mount Kilimanjaro in Africa, Mount Carstensz Pyramid in Papua New Guinea, which covers Australia and Oceania, Mount Elbrus in Europe and Denali in North America.

Separately, a Chinese climber also set a new record on Monday, becoming the first double amputee to scale the Everest from the Nepali side of the peak.

Seventy-year-old Xia Boyu had lost both his legs due to frostbite during his first attempt to reach the top in 1975. He failed on his subsequent attempts in 2014, 2015 and 2016, according to China's official Xinhua news agency.

The only other double amputee to have conquered the world's tallest peak was Mark Inglis from New Zealand in 2006. But he scaled the peak's Tibetan side.

Every climbing season, Hawley would drive to mountaineers' hotels in Kathmandu to grill them before and after their expeditions, earning her the moniker "the Sherlock Holmes of the mountaineering world." (26.01.2018)

The pair of police officers claimed last year that they were the first Indian couple to scale the world's tallest peak. But fellow climbers soon called their bluff. (08.08.2017)

Former Gurkha Min Bahadur Sherchan first became the world's oldest person to reach Everest's summit in 2008 at the age of 76. The Nepali died attempting to recapture his title after his record was eclipsed in 2013. (06.05.2017)