A search of the van found 273 kilograms of methylamphetamine with a street value of well in excess of $100 million. Sydney police called it "one of the easiest drug busts" in their history. 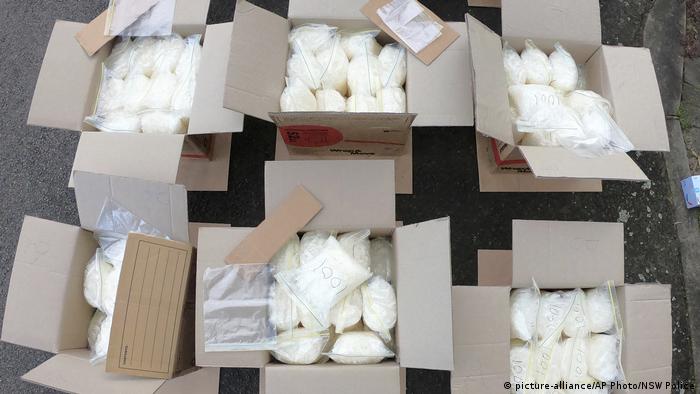 A man driving a van loaded with 273 kilograms (602 pounds) of methylamphetamine with a street value of AU$200 million dollars (€125 million/$140 million) as crystal meth was arrested after he crashed into two patrol cars in front of a police station in Sydney, police said Tuesday.

Police spokesman Glyn Baker described the incident as "one of the easiest drug busts” the New South Wales police ever had.

"This man has certainly had a very, very bad day. Crashing into a police vehicle with that amount of drugs on board is somewhat unheard of — it's an exceptional set of circumstances," he said.

Police located and stopped the van within around an hour of the incident, which was captured on CCTV. 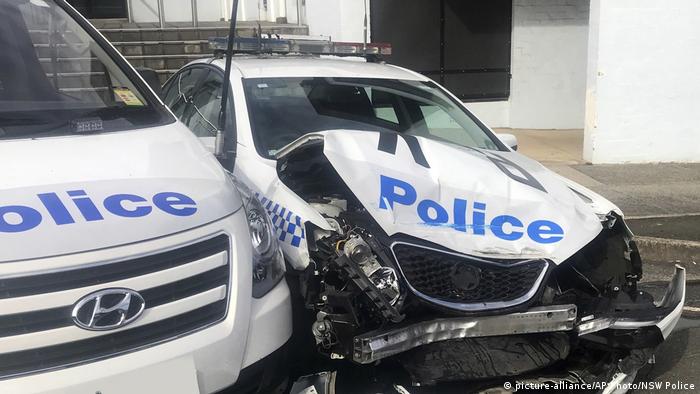 One patrol car was totalled. Nobody was injured.

The driver, a 28-year-old man, was arrested and charged with large commercial drug supply and negligent driving.

Read more: Colombian nabbed in Spain with cocaine under toupee

Australians consume an estimated 9.6 tons of methylamphetamine per year, making it the most widely consumed illicit drug after cannabis.

According to government health figures, 6.3% of those aged 14 years and over have used the highly addictive drug one or more times in their life and 1.4% have used it in the past year.

More people than ever are smoking weed around the world. But how can we decide whether to condemn or support the devil's lettuce when our own governments can't seem to figure it out? (26.06.2019)

Drug overdose deaths in the US have dropped for the first time in two decades, according to preliminary data. The drop was due to a decline in deaths from prescription opoid painkillers. (18.07.2019)

Eleven people suspected of being behind Germany's largest online illicit drug shop have been arrested and the site shut down. The investigation into the syndicate lasted more than a year. (28.06.2019)