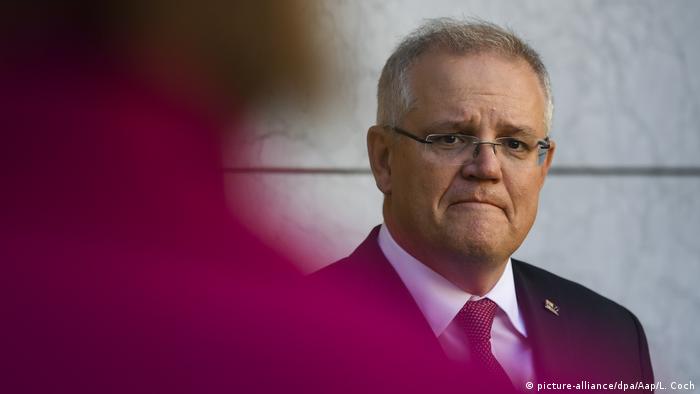 Politicians in Australia will no longer be exempt from rules against workplace sexual harassment, the conservative government announced on Thursday amid parliamentary sex abuse scandals.

The move comes amid a series of sexual abuse and rape allegations against senior politicians. The government is facing a backlash for its apparent initial reluctance to act, with nationwide protests bringing tens of thousands of people onto the street.

Morrison said he will adopt all 55 recommendations from the "Respect@Work" report drawn up by the government's own sex discrimination commissioner, Kate Jenkins. The report was first published in January 2020.

The new rules will abolish exemptions for politicians, judges and public sector employers who hire volunteers from sexual harassment complaints.

Attorney-General Michaelia Cash said that legislative changes would include classifying workplace sexual harassment as "serious misconduct," making it a valid reason for dismissal. Cash replaced her predecessor last week after rape allegations against him came to light.

The government will also extend the period during which a victim can report an incident from six months to two years.

"It's not only immoral and despicable and even criminal, but ... it denies Australians, especially women, not just their personal security but their economic security by not being safe at work."

The government has faced political turmoil after a female former staffer who used to work for Morrison's government said in February that she was raped in a ministerial office in 2019.

In March the former attorney-general revealed that he was the subject of an unrelated rape allegation dating back to 1988, but strongly denied the accusation.

Morrison has been accused of failing to act quick enough, and his personal approval rating has taken a hit.

He has since demoted the two senior ministers involved in the scandals and hopes to get the new legislation into parliament by June.

China: 21 miners trapped in flooded Xinjiang mine 5h ago