Australia has denied a report by Amnesty International that it secretly paid off people-smugglers. The report cites two instances of arranging payments to ensure migrants stay out of Australia's territorial waters. 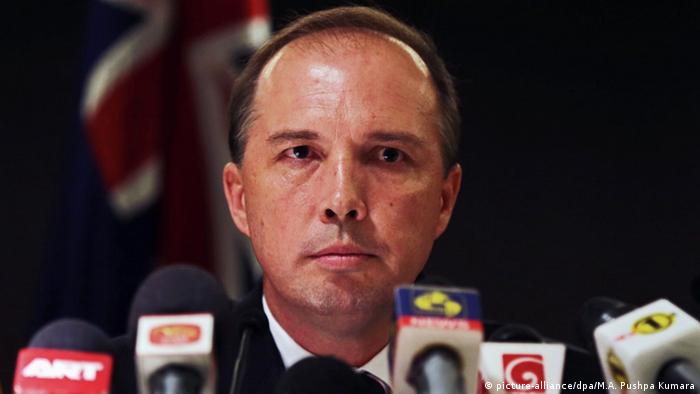 Amnesty's findings, based on interviews with crew members in prison, appeared to support earlier news reports of the May incident, but the government, then led by Tony Abbott, has persistently refused to comment.

The minister told commercial radio 2GB that Amnesty did not like the government's policy "and the fact we've stopped the boats, but we are not going to stop our resolve." 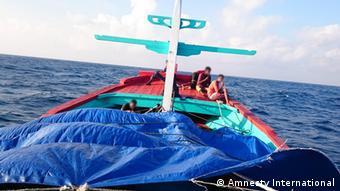 A photo perportedly taken by an asylum-seeker on a two-deck boat, prior to interception by Australian Navy and Border Force ship in May 2015.

The report claims that government officials were "complicit in a transnational crime" in May when they paid people smugglers $32,000 (29,255 euros) to take a boat carrying 65 asylum seekers bound for New Zealand to an Indonesian port.

"Such turnbacks violate the principle of non-refoulement, which says refugees cannot be sent back to countries where they are at risk, and also deny people the right to have their asylum claims assessed," the group said.

But Australia's Fairfax Media reported in June that an Indonesian police investigation had concluded smugglers had been paid more than $30,000 to take a boat loaded with asylum seekers back to Indonesia.

Government ministers at the time denied that the Australian Border Force and defense officials ever paid money to people smugglers, but their denial did not extend to intelligence operatives.

Thousands of asylum seekers have flown from Africa, Middle East, Central and South Asia to Indonesia to board rickety fishing boats for the voyage to Australia.

Under the previous Labor-led government, at least 1,200 people died trying to reach Australia by boat between 2008 and 2013.