"Once-in-a-century" flooding in Australia's tropical northeast has forced thousands of people to leave their homes. Forecasters have also warned that more rain and thunderstorms are on the way. 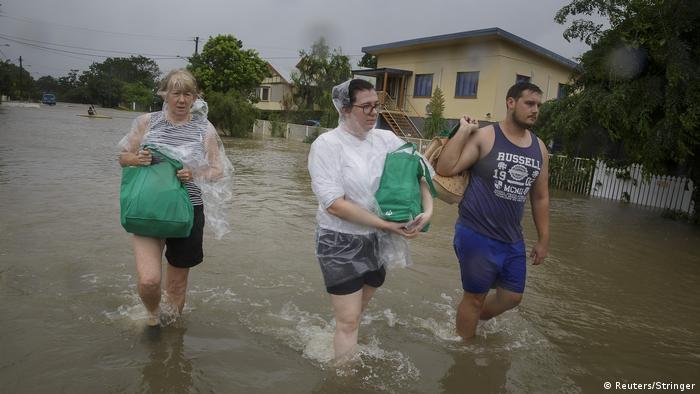 Emergency services in the northeastern state of Queensland helped more than 1,100 people evacuate their homes overnight after authorities opened the floodgates of an overflowing dam.

Torrential rains over the past week have inundated houses, caused mass power outages, forced school and airport closures, and even brought crocodiles out onto the street.

The heaviest rainfall has been recorded around the coastal city of Townsville, where evacuation efforts were continuing on Monday.

"Once in a century event happening here. I have never seen the likes of this before," Queensland state Premier Annastacia Palaszczuk told public broadcaster the ABC. 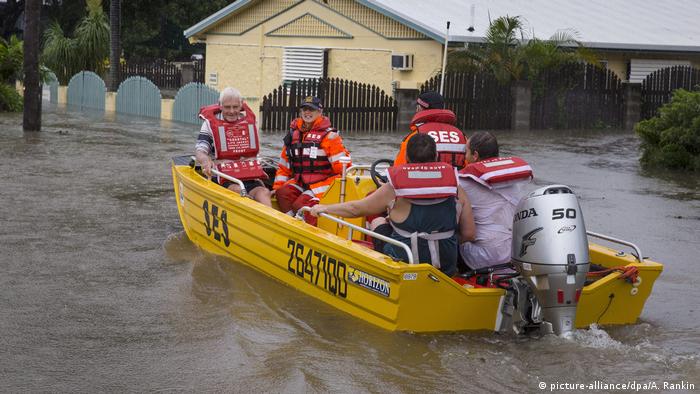 Townsville has just experienced its wettest week on record, with a total of 1.16 meters (3.8 feet) of rainfall over the past seven days.

The Bureau of Meteorology (BOM) said the downpour would continue on Monday, and that "destructive winds with intense thunderstorms may develop, with wind gusts above 125 kilometers per hour (77 miles per hour)." 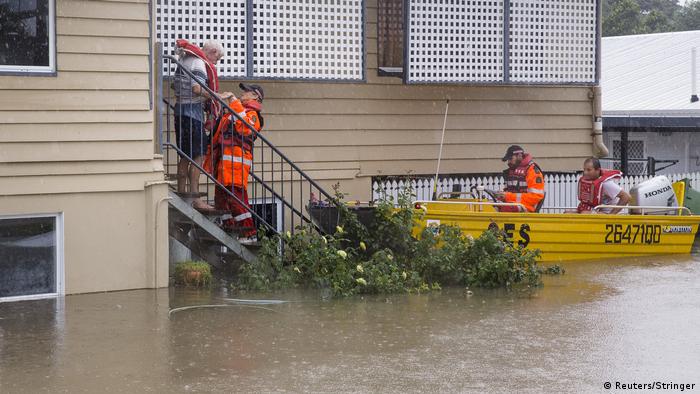 As of Monday morning, the Ross River Dam was still at 229 percent capacity.

Townsville disaster coordinator Steve Munro told the ABC that up to 20,000 homes were at risk of flooding.

"Some locations [are] approaching the yearly [rainfall] average in just a week," he said. "Over the next three days the monsoon trough and low isn't expected to move anywhere. We're expecting to see heavy falls continue."

Freezing weather in US starting to ease

The frigid weather that moved down from the Arctic and caused temperatures to plummet in the Midwest and Northeast of the US have started to rise. The weather caused 21 deaths and hundreds of flight cancellations. (01.02.2019)

Bangladesh is one of the countries most vulnerable to climate change. Extreme weather events there have already been wreaking havoc on the people there. They're also causing a shift in migration and poverty patterns. (14.12.2018)