A third of Cameroon's athlete contingent have disappeared after this year's Commonwealth Games in Australia and want to stay in the country. Australia's home affairs minister has threatened to deport them. 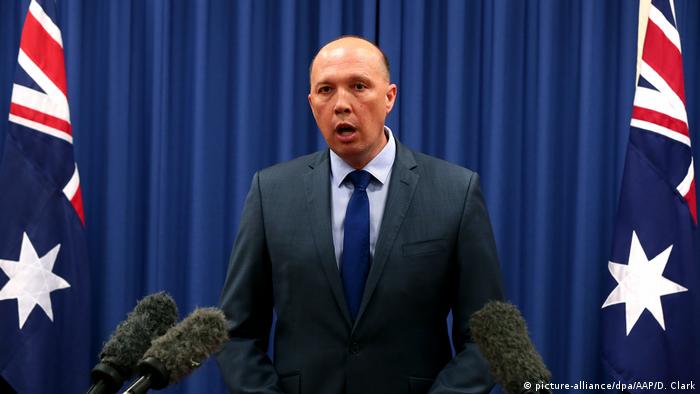 African athletes who went missing from the Commonwealth Games in Australia are seeking asylum in the country, the Refugee Advice and Casework Service (RACS) said on Tuesday.

More than a dozen athletes — including eight from Cameroon, two from Uganda and a Rwandan para-powerlifting coach — fled after the April 4-15 sporting event on Australia's Gold Coast. The eight Cameroon participants made up one-third of the country's delegation.

The athletes' visas are set to expire at midnight on Tuesday.

"Every person who seeks asylum in Australia should be subject to the same thorough investigation of their claims, be they students, visitors, workers or athletes," RACS said.

But Australian Home Affairs Minister Peter Dutton warned that any athlete who stayed after their visa had expired would be forcibly deported.

"If people have breached their visa conditions — like anyone else, they're expected to operate within the law, and enforcement action will take place to identify those people and to deport them if they don't self-declare," he said.

"If people have claims to make, or they have submissions to put to the department, then we'll consider all of that in due course," he added.

The athletes may stay in Australia temporarily by applying for bridging visas while authorities process their asylum applications.

Australia is known for taking a hard line on illegal immigration. Human rights groups have criticized the government for sending refugees to camps in neighboring Papua new Guinea and Nauru to process their asylum applications.

The policy's defenders argue that it deters would-be refugees from making the dangerous sea journey to Australia.