Australian states New South Wales and Victoria have signed on to a redress scheme for child abuse survivors. Prime Minister Malcolm Turnbull said institutions "will fail the test of justice" if they don't sign up. 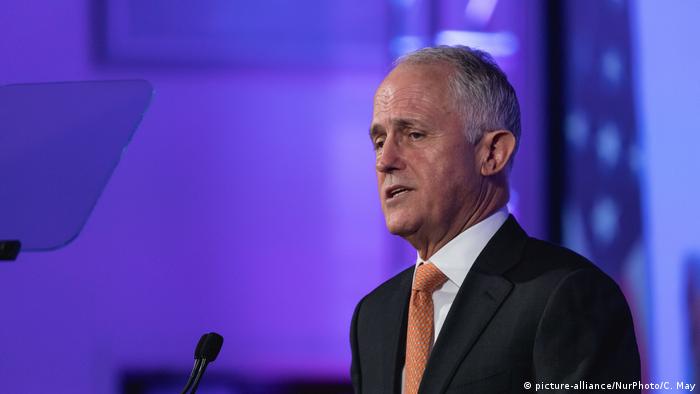 New South Wales and Victoria, Australia's two most populous states, on Friday agreed to pay survivors of institutional child sex abuse up to 150,000 Australian dollars each ($117,000, €95,000).

They are the first states to opt into a AU$3.8 billion redress scheme.

"Redress isn't compensation. The process is about healing and moving forward while accepting the system failed every single person in Australia who suffered sexual abuse in an institution that was meant to protect them," Turnbull told reporters.

Turnbull called for other states and territories, as well as churches, charities and other institutions to join the scheme or be "judged very harshly."

"If a church or a charity or institution doesn't sign up, I hope they will be shamed and we will be using the megaphones we have to encourage them to sign up," he said. "If they don't, they will fail the test of justice and they will fail the people they seek to represent."

What is the redress scheme? 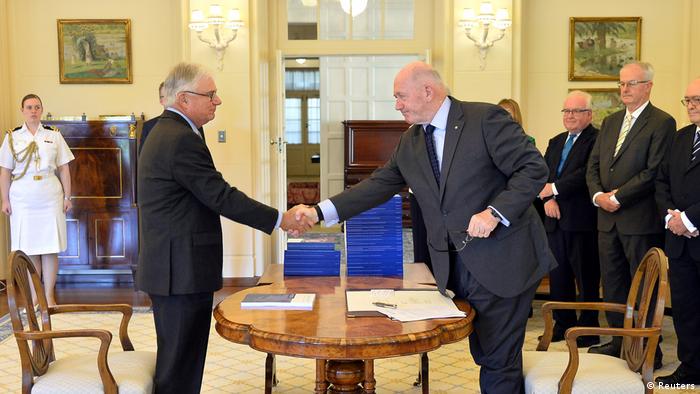 The scheme was one of the recommendations the Royal Commission issued in December as part of a five-year investigation into tens of thousands of children sexually abused between 1960 and 2015 in Australian institutions.

More than 9,000 victims in New South Wales and more than 5,000 victims in Victoria will have access to the national scheme. The states' agreement also includes counselling and formal acknowledgement from the institutions responsible. Sex offenders or anyone jailed for five years or more for more serious crimes have been excluded from the scheme.

Dan Tehan, Australia's social services minister, said having the country's two largest states on board was a "giant step."

"I would be very surprised if we don't get the non-government institutions on board. I would say, you have a moral responsibility to join this scheme," Tehan told ABC radio.

The Catholic Church has perhaps the most pressure to join the scheme as the commission's investigation found that seven percent of priests between 1960 and 2015 had allegedly abused children. However, the scheme requires the states to sign on before other institutions can follow suit.

Other states say that while they support the scheme there are some details that need to be worked through. A spokesman for the Queensland government told the Sydney Morning Herald it was "disappointing" so many issues were still unresolved and "without these details, it would be irresponsible for the government to decide whether to opt into the scheme."

"There are no more excuses for any church, any charity or frankly any other government in this nation to not sign on to this proper, fair and balanced national redress scheme," said Andrews, who stood beside Turnbull and NSW Premier Gladys Berejikian on Friday to announce the deal.

Once the remaining parties sign on, the scheme is expected to cover 60,000 sex abuse victims.

Prime Minister Malcolm Turnbull and his deputy are engaged in a war of words that threatens the ruling coalition. Barnaby Joyce is under fire over an affair and allegations he violated ministerial code of conduct. (16.02.2018)