Kazimierz Albin has passed away at the age of 96 in Warsaw, Poland. He entered Auschwitz in 1940 and escaped from the death camp in 1943. 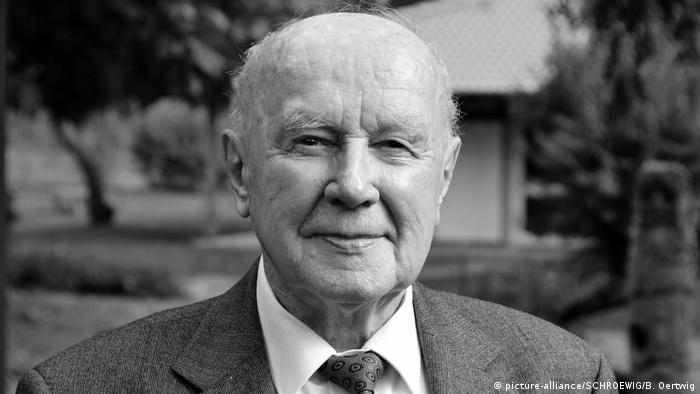 Kazimierz Albin, the last survivor of the first convoy sent to the Auschwitz death camp in German-occupied Poland, has died at the age of 96, the Auschwitz Memorial said Tuesday.

Born in 1922 in Krakow, 70 kilometers (43 miles) east of the infamous death camp where he would later end up, Albin was captured by the Nazis in January 1940 in Slovakia. He had fled Poland the year before in the wake of Germany's invasion of the country.

Albin's intention was to join the Polish Army in France to fight the Nazis but he was thwarted in his mission and ultimately sent to Auschwitz.

He was one of approximately 150,000 non-Jewish Polish prisoners in Auschwitz and survived after escaping on February 27, 1943, along with six other inmates.

Albin recalled that winter's night in a 2015 interview with news agency AFP. "It was a starry night, around minus 8 or minus 10 degrees Celsius (17 or 14 Fahrenheit) outside," he said.

"We took our clothes off and were half way across the Sola River when I heard the siren... ice floes surrounded us," he said.

Of around 1.3 million people sent to the death camp, only 802 attempted to escape, according to estimates from the Auschwitz Museum. Of that number, 144 avoided being caught.

After his escape, Albin joined the armed Polish resistance and fought for the liberation of his home country, as well as the concentration camp. His brother remained imprisoned within Auschwitz and was subsequently tortured.

When the war was over, Albin returned to his hometown to study engineering at Krakow Polytechnic School.

He was a member of the International Auschwitz Council, an advisory body to the Polish government that looks after the memorial site.

"Kazimierz Albin saw it as his most important duty and task to speak about Auschwitz and his murdered fellow inmates: He wrote books, he spoke, he traveled and spoke with young people in many countries."

The memorial is the latest organization to pull out of the fair over the presence of publisher Altaforte. Altaforte publishes work supporting neo-fascist party CasaPound and the upcoming book of Deputy PM Matteo Salvini. (07.05.2019)

A memorial train featuring an exhibition on the thousands of children deported and murdered by the Nazis during World War II completed its journey near the former Auschwitz death camp in southern Poland. (09.05.2008)

Remembering the Holocaust: 'We are always in danger'