A 37-year-old man from the US faces up to 10 years in prison for allegedly trying to steal an item of cultural importance. Millions of victims arrived at the Auschwitz-Birkenau death camp by train during World War II. 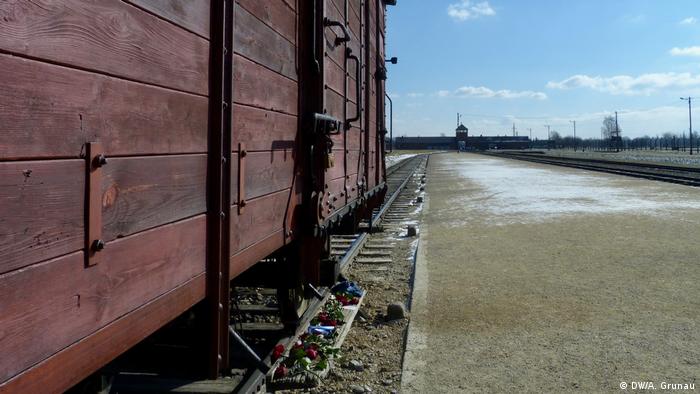 Polish police have charged a US citizen with attempted theft of an item of cultural importance after he allegedly tried to steal a metal part of the train tracks at the site of the former Auschwitz-Birkenau death camp.

The 37-year-old has admitted the action and has been released pending proceedings, a police spokeswoman said. The charge carries a maximum sentence of 10 years in prison.

The site's security team alerted police after visitors saw the man trying to remove the part from the tracks, an Auschwitz Museum spokesman said.

Auschwitz-Birkenau was the largest Nazi death camp in World War II. Some 1.1 million people, including around a million Jewish prisoners, were killed there.

The museum has registered several attempts to steal or vandalize parts of the site in recent years. In 2009, a sign with the slogan "Arbeit Macht Frei" (Work Will Set You Free) was found cut to pieces after it was stolen from the site's front gate.

The museum called on visitors to behave more respectfully after finding photos of people balancing on the tracks at the former Nazi death camp. "There are better places to learn how to walk on a balance beam," it said. (21.03.2019)