The German government's budget watchdog has harshly criticized the Economics and Energy Ministry. That could be bad news for Sigmar Gabriel, the man most people think will challenge Angela Merkel for the chancellorship. 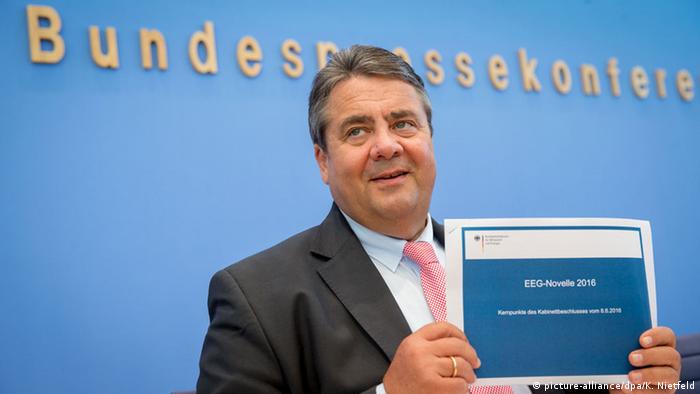 With national elections approaching in September, much of what happens in Germany this year will be interpreted in a political light. And so it is with a Federal Audit Office report that lambasts the Economics and Energy Ministry for gross inefficacy in its direction of Germany's efforts to phase out nuclear power and coal and switch to clean, renewable energy sources.

The Ministry's head is Social Democrat Sigmar Gabriel, who is widely tipped to announce his candidacy for chancellor this month. For him the report, which was submitted to Germany's parliamentary budget committee late in December and leaked in parts to a major newspaper on Thursday, is anything but an endorsement. 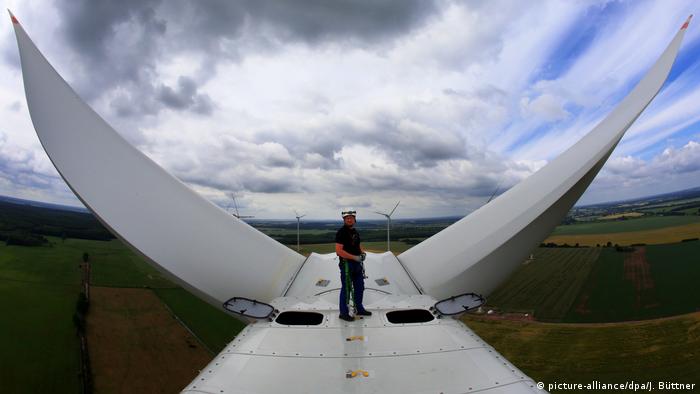 The Audit Office accuses the Ministry of having "no comprehensive overview" of the total costs of Germany going over to clean energy. It says the Ministry failed to monitor the effectiveness of the various programs it sponsors and created 131 new jobs that may not be necessary. The report suggests that inadequate management is wasting some of the 24 billion euros ($25.5 billion) taxpayers contribute every year to advance clean energy in Germany.

The average household in Germany contributes an estimated 240 euros a year to renewable energy subsidies, so criticism that the money is being at least partially misspent could be quite damaging politically.

"The Economics Ministry has thus far not fulfilled its role of an overall coordinator," the report complains. "Elementary questions like 'What will the energy transition cost the state' and 'What should it cost' are not being asked and remain unanswered."

That is at least an implicit criticism of Gabriel, as the Economics Ministry was first given responsibility for energy matters when he assumed office in 2013. The argument was that energy policy would be easier to coordinate. And the Ministry isn't at all happy about the poor report card it has gotten from the auditors. 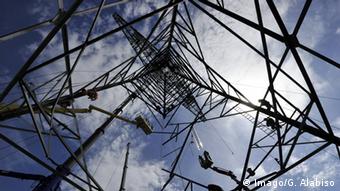 It's very unusual for one government institution to criticize another one this sharply, and Audit Office spokesperson Martin Winter told Deutsche Welle that his organization didn't condone the leak and was "powerless to prevent it." The Economics Ministry immediately responded with a statement.

"The Federal Audit Office's criticism of how this multi-generational project is being carried out is incomprehensible," Ministry spokeswoman Beate Baron told DW. "The guiding principle of both of our major recent reforms of the Renewable Energy Law was cost-efficiency combined with the expansion of renewable power sources. The energy transformation is being successfully put into practice step by step."

Baron points out that the transformation is not a single government measure with clear limits but encompasses a wide variety of alternatives to both nuclear and fossil fuel energy. She argues that for that reason it is impossible to express in a single number what the entire process will cost, and she rejects the charges of inefficiency as baseless.

This is a conflict with a bit of history. The Ministry already protested against the Audit Office's conclusions in a response to a draft of the report on December 5, 2016. Now that study has gone public and will be the subject of parliamentary debate in the coming two weeks when the German Bundestag reconvenes for the first time in the new year. So who's right, the auditors or the energy authorities?

Investments not the same as costs 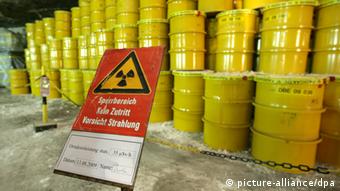 Germany is planning to phase out nuclear power completely by 2020

Claudia Kemfert - the director of the Department of Energy, Transport and the Environment of the politically independent think-tank German Economics Institute (DIW) - comes down on the side of the ministry. She says that it has kept track of the costs and benefits in a number of studies and that other parts of government monitor expenditures and goals.

She also disputes the allegation that the ministry continues to fund ineffective programs.

"Ministry support is quite effective," Kemfert told DW. "You have to differentiate. Sometimes things that are booked as costs are really investments that create additional value and jobs. And their usefulness isn't properly taken into account."

Kemfert does, however, see some room for savings.

"Of course, the political side can become more effective, for instance, by reducing the profits those who run energy networks are allowed to earn and by forgoing unnecessary network expansions," she said. "Getting rid of excess capacity in conventional energy sources would also help correct the market and reduce costs - that should be reflected in future political decisions."

But in the near future, the Audit Office's report will remain a political hot potato.

"Gabriel should do his job" 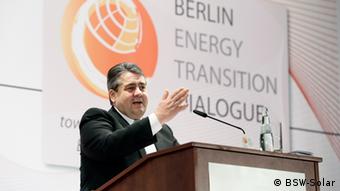 Gabriel's priority as minister has not always been energy

Gabriel and the Social Democrats aren't getting any help on the issue from their former coalition partners from 1998 to 2005, the Green Party. They accuse Gabriel of being chiefly interested in energy issues for his own personal political benefit.

"Instead of continuing to act like the wrecking ball of the energy transition, it's high time for Gabriel to do his job and direct the energy transition. The Audit Office correctly blames the Economics Ministry for lack of coordination and redundant efforts. That shows how much energy policy truly matters to this government. The fragmented support for projects needs to be evaluated and coordinated. It can't be that the government doesn't even know what it's supporting and what use it has." And in a statement to the AFP news agency, CDU Deputy Parliamentary Spokesman Michael Fuchs said the Audit Office report showed that Gabriel's ministry had neglected the issues of cost and energy supply security.

Although Gabriel has served as Germany's Environment Minister in the past and was happy to reap the publicity benefits last December when the German government finalized a deal with the nuclear power providers to finance atomic waste clean-up, his focus has been more on economics than energy.

Germany is one of the world's leaders in terms of converting to renewable energy sources, but the opposition Greens would like to see even more done in this area. That's an issue they are sure to confront both Merkel and Gabriel with in the 2017 election.

Can an agreement allay fears of a looming nuclear accident in Belgium? Two of its power stations, situated very close to Germany, are causing considerable alarm. (20.12.2016)