The threat of Boko Haram and the South Sudan peace process dominated the agenda of the AU summit this year. With more of conflicts plaguing Africa, the AU's ability to act is being put to the test yet again. 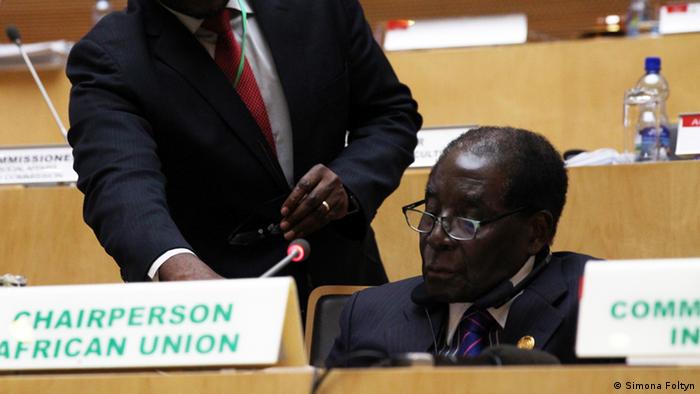 As every year, African leaders met for the African Union summit, and as every year, doubts surfaced about the organization's ability to put words into actions.

The chairwoman of the AU Commission, Nkosazana Dlamini Zuma, thanked former Nigerian President Olusegun Obasanjo for chairing the commission of inquiry on South Sudan, but the report was then tabled, for fear of alienating South Sudan's warring leaders, prompting an evidently frustrated Obasanjo to depart early.

Flagship infrastructure projects, including a high-speed train to connect all African capitals, were discussed, yet a clear strategy on how to fund and implement such ambitious plans seemed absent. 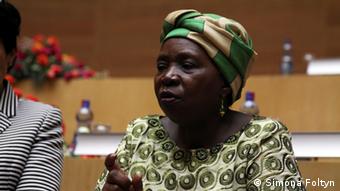 UN Secretary General Ban Ki-Moon called on Africa's leaders "to observe legal limits" on their terms and "to listen to their people," just as Robert Mugabe was inaugurated as the new chair of the AU. The 90-year-old long-time ruler of Zimbabwe then delivered a closing speech in which he asked African leaders to "walk the talk" to implement the decisions made at the summit.

Perhaps the most important of these decisions was the AU's resolve to jointly tackle Boko Haram. After months of resistance and pressure by the international community, Nigeria was finally cajoled into agreeing to an AU-mandated, multilateral force. The 7,500-strong mission will be comprised of troops from Nigeria, Chad, Niger, Cameroon and Benin, largely the same group of countries already engaged in the battle against the terrorist group that has wreaked havoc in northern Nigeria and neighboring Cameroon. But considering the size of AU's 22,000-strong mission fighting the terrorist group al-Shabab in Somalia, it is questionable whether the proposed force could get the job done.

Leaders of the participating countries have strongly rejected the idea that non-African troops could be needed. The primary purpose of seeking a UN mandate is to raise much-needed funds. "We are not asking for more troops, we want material and financial support for this operation," Chad's Foreign Minister Moussa Faki Mahamat told DW. In light of Nigeria's widespread corruption, which has significantly weakened the military in its fight against Boko Haram, the AU plans to set up an international trust fund to assuage donors' concerns over the effective use of funds.

But such a trust fund could also prove to be a bottleneck. A similar mechanism set up to sponsor the African-led mission in Mali didn't see a single dollar disbursed due to complicated UN procedures, an official from the AU's peace and security department told DW. The AU mission in Mali was eventually replaced by a UN-mandated force.

The South Sudan peace process, coordinated on the sidelines of the summit by the Intergovernmental Authority on Development (IGAD), is another test for the AU. The recently completed inquiry in South Sudan is believed to deeply implicate both President Salva Kiir and former vice-president and rebel leader Riek Machar in atrocities. Yet the discussion of the report was tabled at the session of the Peace and Security Council last Thursday. "We are not hiding the report, we have it now, but we are giving the priority to silencing the guns in that country," Smail Chergui, Commissioner for Peace and Security, told reporters following the meeting. 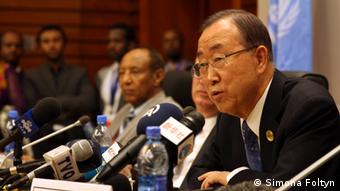 Leaders hoped that by delaying the discussion of the report, Kiir and Machar would be given a final chance to sign a power-sharing deal. Such a deal is deemed critical to building a transitional government and to put an end to the power-struggle that has so far thwarted a sustainable peace treaty.

But on Saturday evening, observers said an agreement seemed distant in what is considered the final push of a largely failed peace process. With the threat of the potentially incriminating AU inquiry suspended and with the possibility of sanctions undermined by the lack of support from regional players, it appears that South Sudan's leaders have the upper hand in the negotiations.

Successes despite the AU?

Despite abundant challenges, the summit's attendees could boast of some success stories. In Somalia, the African-led force is claiming it is winning the war against al-Shabab. Meanwhile, an unprecedented number of elections are being held on the continent. In Liberia, Ebola infection rates have dropped from 70 new cases per day in September to only three, and elsewhere the spread of the epidemic has slowed.

Although many African nations will not achieve their Millennium Development Goals this year, Africa is expected to be the second fastest growing continent after Asia in 2015. But just how much credit the AU can take for these successes is unclear.