A rebel field hospital has been attacked in Yemen, northeast of the Yemeni capital of Sanaa. The attack coincided with a demonstration in the capital against its occupation by Shiite militants. 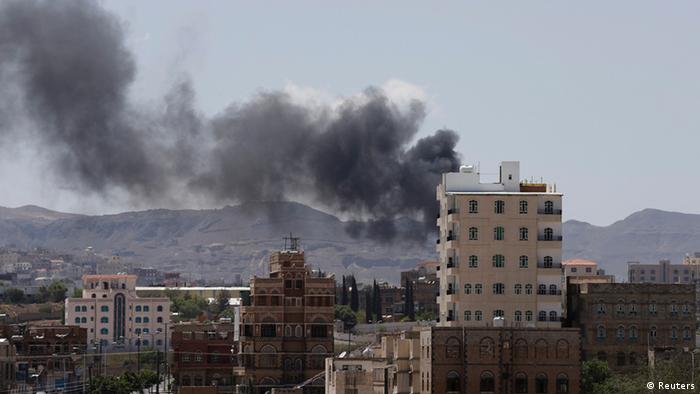 According to Yemeni security, a suicide bomber killed and wounded scores of people when he detonated a car laden with explosives into a hospital run by the Shiite Houthi rebel group around 100 miles northeast of the capital of Sanaa.

For months, the Houthis have been engaged in battles with rival Sunni militant groups and have used the field hospital to treat their wounded fighters.

The Shiite minority Hawthis -- also spelled Houthi and Huthi -- recently swept through the north of Yemen and entered the capital in a bid to overthrow the government, which they deem corrupt. They have held the capital since mid-September and refuse to leave despite the resignation of the prime minister and the signing of a peace accord.

Also on Sunday, hundreds of people took to the streets in Sanaa to protest against the Houthi militants, the first demonstration of its kind since the group took over the capital.

"We don't want Huthis any more," shouted the demonstrators, news agency AFP reported. There were no reports of clashes.

Over 100 people have been killed since the rebels set up camp in Sanaa in mid September.

The government signed a UN-brokered peace accord, the "peace and national partnership agreement," with the Houthi rebels, on September 21. Around that time, Prime Minister Mohammed Basindwa resigned, as the rebels seized control of the government headquarters.

Political and economic instability have gripped Yemen since early 2012, when its long-time leader Ali Abdullah Saleh was forced from power. The government has struggled since then against an al Qaeda insurgency and a secessionist movement in the country's south.

The Yemini government has accused Iran of backing the Houthi group.

The Yemeni government has reached an agreement with Shiite Houthi rebels to end the violence plaguing the capital city. Earlier, the Yemeni prime minister had resigned to pave the way for the peace accord. (21.09.2014)

Security forces in Yemen have used water cannons, bulldozers and tear gas to clear a protest sit-in on the road to Sanaa's airport. The Shiite rebel movement is urging the government to resign, alleging corruption. (07.09.2014)