Iran has about 18,000 uranium centrifuges, the outgoing head of the country's atomic agency has said. Officials claim that Iran enriches uranium to 5 and 20 percent for peaceful purposes. 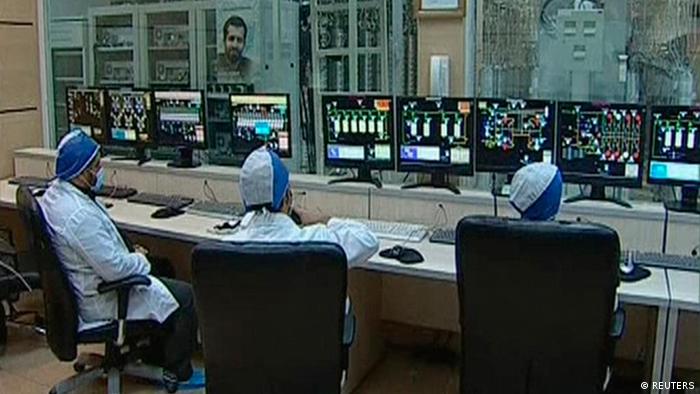 Iran's outgoing nuclear chief has said that the country has a total of 18,000 centrifuges for uranium enrichment - a potential pathway to making nuclear weapons. The previous public announcement had come in a full third lower.

"At the beginning of the month of Mordad (from July 23) we had 17,000 first generation centrifuges, of which more than 10,000 are active and 7,000 ready to start work," said Fereidoun Abbasi, quoted by ISNA news agency. "Some 1,000 second generation centrifuges have also been installed and are ready to start work," he said at the handover ceremony for his role to former Foreign Minister Ali Akbar Salehi.

In May, the UN's International Atomic Energy Agency reported that Iran had installed 17,600 centrifuges, including 16,590 first generation and 1,000 second generation. Iranian officials say the country needs the higher level for a medical research reactor in the capital, Tehran. However, other countries, including Israel - widely considered the Middle East's only nuclear power - suspect that Iran seeks to develop atomic weapons under the guise of a civilian nuclear program.

Taking over for Abbasi, Salehi said that the country's newly elected president would "be personally responsible for the nuclear issue."

President Hassan Rouhani said last week that Iran could hold "serious" talks on the nuclear issue without delay, but that his country also had an inalienable right to an atomic program. During his role as Iran's chief nuclear negotiator from 2003 to 2005, Rouhani had accepted the suspension of the country's enrichment program.