Greece has stepped up its diplomatic efforts to secure more money from its international creditors and prevent a 'Grexit.' But will it be enough to seal a deal before next week, when Athens is hit with another huge bill? 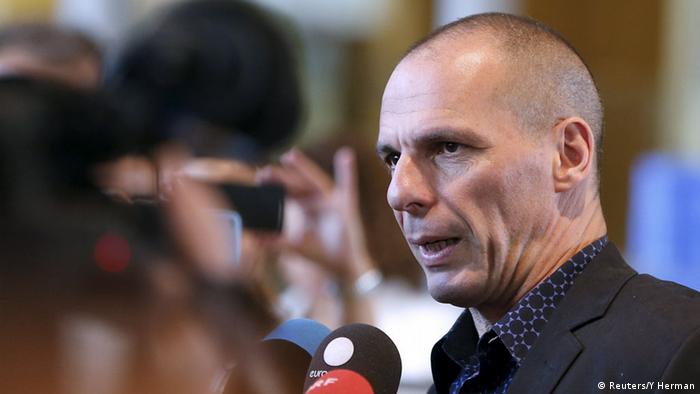 Athens on Tuesday dispatched its key officials to some of the eurozone's top addresses, launching a high-stakes diplomatic charm-offensive to save Greece from impending bankruptcy.

After an early meeting in Paris with his French counterpart, Michel Sapin, Finance Minister Yanis Varoufakis was off to Brussels for talks with EU Economy Commissioner Pierre Moscovici.

Just hours earlier, on Monday evening, Prime Minister Alexis Tsipras had gotten off the phone with his paymaster, German Chancellor Angela Merkel. The two had "exchanged views on the issues of Greece's deal with its lenders," as one Greek government official put it.

The clock is ticking. Greece needs to repay 970 million euros ($1.08 billion) in debt and interests to the International Monetary Fund (IMF) by May 12, but the government's cash reserves are drying up fast.

Greek negotiators have been wrangling with international creditors for months, trying to unlock the final instalment of its 240-billion-euro bailout. But the so-called Brussels Group - the IMF, the ECB and the European Commission - has so far refused to release the final 7.2-billion-euro tranche, unconvinced of Athens' commitment to reforms.

Greece hopes that will change on May 11, when eurozone finance minister meet in Brussels. While Varoufakis said Tuesday's discussions with Moscovici had been "constructive...paving the ground for a successful meeting in the Eurogroup," others are less optimistic a deal can be reached next week.

"I'm somewhat skeptical whether that'll be possible…But I'm not ruling it out," German Finance Minister Wolfgang Schäuble said on Tuesday. 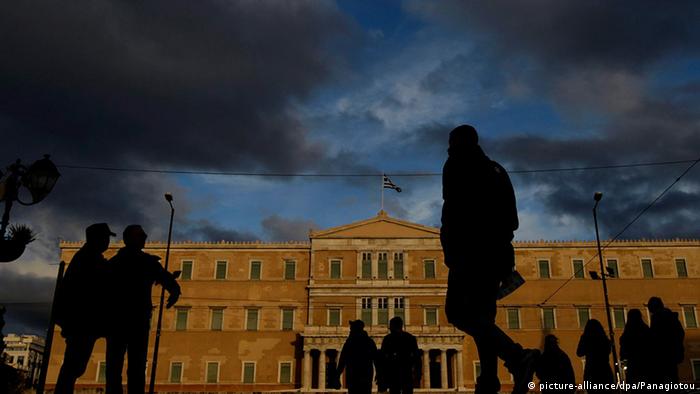 Greece's future hinges on a deal with its international lenders

While many Greeks are praying for an olive branch from Brussels, Tsipras is facing a Catch-22. On the one hand, the international creditors want him to carry out labor reforms pledged by his conservative predecessor, warning that failing to cut pensions and salaries could threaten a deal. On the other hand, doing so could spell the end for his hard-left government, which was swept to power on a pledge in January to end years of austerity.

While Athens insists it will not back down, it is becoming increasingly unclear how else it will secure the money it so desperately needs to not only pay back its lenders, but also salaries and pensions at home.

It is this uncertainty that on Tuesday prompted the European Commission to cut Greece's 2015 growth forecast to 0.5 percent, down from 2.5 percent just three months ago. It also said the country's debt was now expected to rise to 180.2 percent this year, up ten percentage points from February, while the national deficit was likely to hit 2.1 percent, instead of the surplus previously predicted.

"The fact that negotiations are still going on without having been concluded after more than 3-1/2 months, all that has an impact on expectations for growth and public finances in Greece," Commission head Moscovici said about the forecast. He added that a deal was unlikely unless eurozone finance ministers saw "strong progress" in next week's negotiations.

Athens on Tuesday appeared to signal that it really means business. A senior privatization official said the government was ready to sign off on a 1.2-billion euro deal with German Fraport to run regional airports, as well as reopen bidding for a majority stake in the port of Piraeus.

But the news was overshadowed by reports that the IMF had threatened to cut Greece's financial lifeline unless EU lenders agree to a debt write-off. Business daily Financial Times wrote IMF's European chief Poul Thomsen had made the comment during an April 24 meeting with the Eurogroup in Riga.

However, Schäuble was quick to reject such rumors. "The IMF of course did not make such a comment," he said, trying to quell speculation that Greece could be headed for an exit from the eurozone - a so-called "Grexit."

"We don't want that," he insisted, but added that Greece's liquidity "has clearly diminished, and that means anything could happen."

Despite the bleak outlook, eurozone members say they remain committed to keep Greece in the currency bloc.

"We are here to prevent this from happening and we are here to put - together with the Greek government - this country back on the growth and job rails."

The protracted plight of cash-strapped Greece has taken its toll on German exports to the southern eurozone nation. Shipments have dropped considerably, while imports from Greece have remained stable. (04.05.2015)