At least 48 people have been killed in clashes between two rival groups in Kenya on Wednesday. The attack was among the worst incidents of violence in the country since post-election unrest in late 2007. 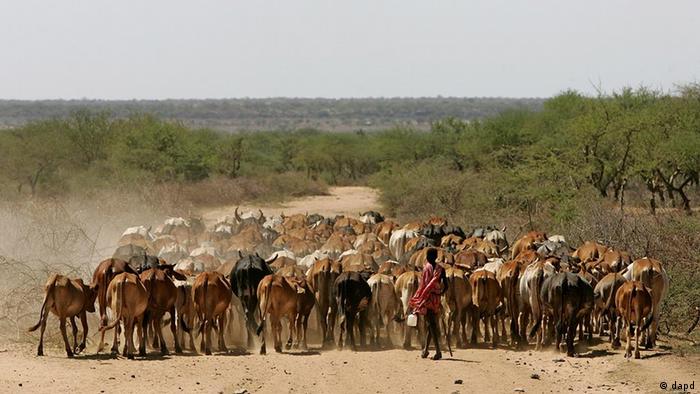 "It is a very bad incident .... [The dead] include 31 women, 11 children and six men," said Joseph Kitur, regional deputy police chief of the rural Tana River district where the violence took place. 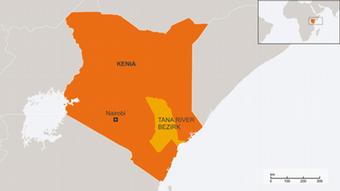 "Thirty-four were hacked to death and 14 others were burnt to death," said Kitur, adding that several huts were torched.

According to Kenyan newspaper The Nation, most of the dead were women and children caught up in the fighting.

Wednesday's bloodbath between the Pokomo and Orma tribes took place about 300 kilometers (185 miles) east of the Kenyan capital Nairobi. The two communities have fought repeatedly over the use of local land and water resources, but it was unclear what exactly sparked the latest violence.

"Clashes over pasture [areas for animals] have been recurrent in this region," said Kenyan national police spokesman Eric Kiraithe.

Speaking by telephone, Kitur said that the attackers were armed with "crude weapons" including bows, spears and machetes. Some had guns.

Yet while the exact cause of the violence remained unknown, Kenyan lawmaker Danson Mungatana speculated revenge may have been a possible motive behind Wednesday's attacks.

"There have been problems simmering for a while ... About 10 days ago three Pokomo were killed by the Orma community," said Mungatana. "In revenge, the Orma raided villages occupied by the Pokomo and burnt down more than 100 houses. Now the Pokomo have once again revenged by killing about 50 people. These are purely revenge attacks."

Cattle rustling is relatively common amongst the farming communities of arid East Africa, with incidents often escalating into revenge attacks. In 2001, at least 130 people were killed in a string of clashes between the Pokomo and Orma over access to land and a river.

According to Mungatana, the Kenyan government has responded to the violence by boosting police numbers in the region. German news agency dpa reported that the Kenyan Red Cross had dispatched an emergency team to the area as well.

In 2007 violence engulfed Kenya over contested election results, leaving some 1,200 people dead and displacing about 600,000.