At least 40 killed in Brazil after bus and truck collide

A bus was carrying dozens of employees working for a textile company when it collided with a truck in the state of Sao Paulo. It was not immediately clear what caused the crash. 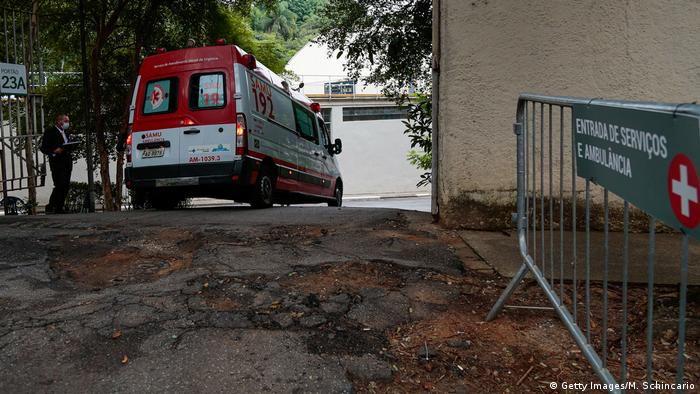 Local police said at least 40 people were killed on Wednesday when a bus collided with a truck in southeastern Brazil.

The bus was carrying about 50 workers from a textile company on their way to work just before 7 a.m. local time (1000 GMT) when it collided with the truck in the municipality of Taguai, about 350 kilometers (217 miles) west of the city of Sao Paulo.

Local firefighters tweeted "37 deaths on the spot and three deaths in the region's emergency services."

Television images of the scene showed glass shards, bus seats and parts of the two vehicles scattered around the highway.

"There is no clear indication about what caused the accident, and it is being investigated," said Sao Paulo Governor Joao Doria in a press conference.

Doria added, "I want to send my condolences to the families and friends of the victims of this very terrible accident."

Rescuers were working to release victims who were still stuck in the wreckage. Initial reports say another nine people were in serious condition.

"We know there are more victims in the wreckage of the vehicles, but we don't know how many," said a state police statement.