Assad ′has to get out′ of Syria amid growing humanitarian crisis | Middle East| News and analysis of events in the Arab world | DW | 30.11.2016

Assad 'has to get out' of Syria amid growing humanitarian crisis

Physician Zaher Sahloul talks to DW about the humanitarian situation in eastern Aleppo and describes what Syrian President Bashar al-Assad was like as a medical student. 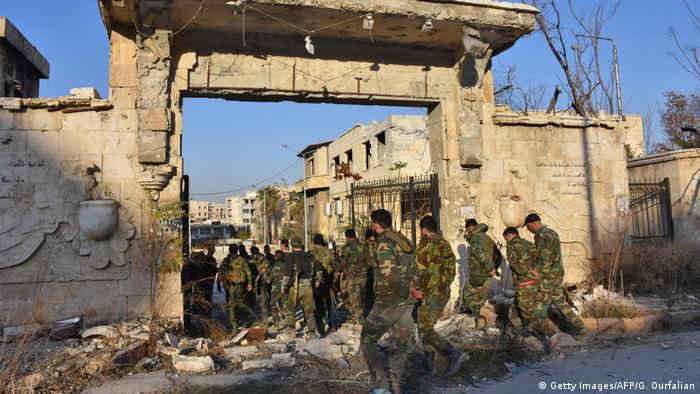 DW: You visited eastern Aleppo a few times to help the injured. Last time you were there in July together with other physicians, you estimated the number of doctors at no more than 30 for 300,000 residents. How could you work in these conditions?

Zaher Sahloul: When I left the condition was terrible [...] that was before the siege. I visited seven hospitals, all of them had been attacked several times before. We worked at an underground hospital for protection because it was bombed many times.

We're talking about the part of the city that is bombed on a daily basis with barrel bombs and air strikes. What the Syrian regime is doing is called double tap: they throw the first barrel bomb and when paramedics come to the house or to the rubble to help the victims they throw the second one. People don't have any place to go; they are trapped. And these are the 300,000 people left from 1.5 million living there before the crisis. Of these 300,000 people, 100,000 are children, according to the United Nations, and 150,000 are women.

What can be done to save as many civilian lives as possible?

For the last four-and-a-half months, Aleppo has been under siege. There is no food and medicine coming to the city. There is a shortage of everything - fruit, vegetables, meat, diesel fuel, basic medication. So the first thing is protection. As a humanitarian organization we've been asking for protection: stop bombing schools, hospitals, civilian neighborhoods. Bombing hospitals and schools is a war crime, and this is happening on a daily basis. 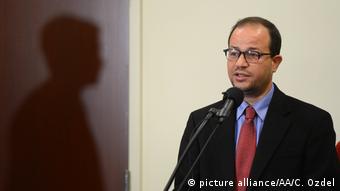 Sahloul is the founder of American Relief Coalition for Syria

The second thing is to respect medical neutrality. Doctors and nurses even in the time of war should be protected when they are providing healthcare to people, even if these people happen to be enemies. This is what the Geneva Convention says, and what is happening in Syria is a violation of the Geneva Convention. The third thing is to get food and medicine to provide humanitarian assistance to the city.

Are you aware of any efforts by Russia to help manage the humanitarian crisis in Aleppo? Moscow claims to deliver humanitarian aid there.

Not to eastern Aleppo. People I was talking to believe that Russian jets are bombing them. They look at Russia as an enemy. I'm not aware of any humanitarian aid for eastern Aleppo. I've seen reports on humanitarian aid for western Aleppo, which is under the government control. And the United Nations agencies are going to western Aleppo anyway, so there is no need for Russian humanitarian assistance over there. According to the United Nations, 1 million people in Syria are under siege, mostly by the Syrian army, and these are the people who need the assistance from the Russian government.

Russian Deputy Foreign Minister Mikhail Bogdanov hopes the situation in Syria's Aleppo will be 'sorted out' by year's end. As civilians die fleeing the ailing city, eyes turn to the Kremlin, whch is itself eyeing Trump. (30.11.2016)

France's foreign minister has urged an end to hostilities to allow humanitarian aid into the besieged city. Up to 16,000 people have been displaced by the latest violence in rebel-held Aleppo, according to UN figures. (29.11.2016)

Russia's deputy foreign minister claimed that the rebels were using civilians and hospitals as human shields, while medical facilities were not marked. Is that true?

I think this is not true. The hospitals that were bombed in Aleppo had all been known before the crisis. These are established hospitals and everyone knows them and has their coordinates. They are not secret hospitals that no one knows. Over the last 144 days there have been 143 attacks on healthcare professionals and hospitals in Syria. Human rights activists calculated that 750 healthcare professionals had been killed and 350 hospitals had been bombed in Syria, mostly by the Syrian regime and recently by Russians.

You know Bashar al-Assad personally, you were studying together, right? What was he like back then?

Yes, that's the irony. We were at the same medical school for six years and I even met with him three times after he became president. The organization that I volunteer with, the Syrian American Medical Society, organized medical conferences in Syria and he invited us to the presidential palace to talk about the future of Syria. But no one expected him to be that brutal or ruthless. Frankly speaking, many of us consider him a war criminal because he oversaw the killing of hundreds of thousands of people, the torture of thousands people and the displacement of 12 million of them, [along with the] destruction of historic landmarks. 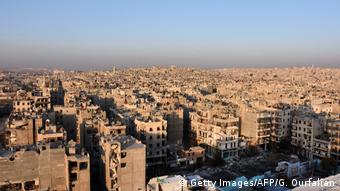 Syria's civil war has caused significant destruction to much of Aleppo

At the medical school he was very personable, very humble. We had a good discussion when he became a president and it's unfortunate that it turned out this way.

In 2012, you said in one interview that Assad will inevitably go and that "it's not a matter of if, it's a matter of when." However, he is still in office. Do you still believe in what you said four years ago?

I think that if the international community, especially Russia, wants to have a stable and united Syria that will see refugees coming back and serious efforts being made by the diaspora and international community to rebuild the country, then I think we need to look for the future without Assad. The millions of people who are fleeing from Syria can't imagine going back under his rule. You can't imagine Syria the way it was before the crisis. So I think that political transition is a requirement for the stability and unity of Syria and also for rebuilding the country. Assad may remain president now or for the next couple of years but I believe that he has to get out eventually.

Zaher Sahloul is a Syrian-American physician based in Chicago. He is the founder of the American Relief Coalition for Syria and senior advisor to the Syrian American Medical Society (SAMS)

Curfew in Lagos as riot police deployed across Nigeria