Experts say destruction of Syria's chemical weapons is proceeding according to plan. But apart from this success, the work could have meaningful political side-effects, says a political scientist at a Zurich think tank. 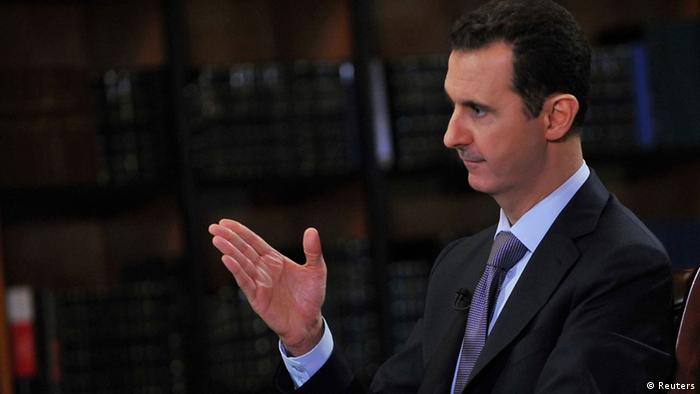 DW: United Nations inspectors and the Organization for the Prohibition of Chemical Weapons (OPCW) have apparently been making progress for 10 days on destroying Syria's chemical weapons arsenal. What could have moved Bashar al-Assad to agree to cooperate with the inspectors?

Oliver Thränert: I think the Syrian leadership under Assad has made a landmark decision. It's certainly better for them to give up their chemical weapons within the framework of an international agreement, than it is to risk a possible American military strike. 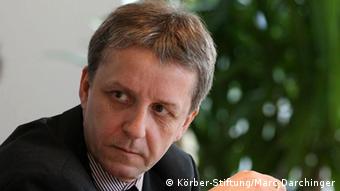 Thränert said the decision to transport chemical weapons surprised him

The US president and many European governments are of the view that Assad is no longer Syria's legitimate president. All the more since these nations assume Assad has employed chemical weapons against his own people. The current, controlled disarmament of chemical weapons has led to a paradoxical result: namely, since over the course of the inspections Assad has again become an international partner, he's been somewhat strengthened as a leader. And this is based on his having employed poison gas against his own people.

Syria's arsenal of chemical weapons is to be destroyed by mid-2014. Do you think this time frame is realistic?

Of course, it is an exceptional situation: chemical weapons are being destroyed during an ongoing civil war. They're talking about an amount of weapons in the thousands of tons - that's a significant amount. The big question will be, first of all, whether the arsenal reported by Syria represents the actual total. It's also important to get an overview of the state of the arsenal - whether weapons are already filled and operational.

It is in any case a very ambitious endeavor. I was very surprised when the Americans and Russians in Geneva discussed wanting to move most chemical warfare agents out of Syria. Previously, chemical warfare agents had mainly been destroyed at the location where they were being stored. Transporting chemical weapons is, in fact, always quite dangerous. 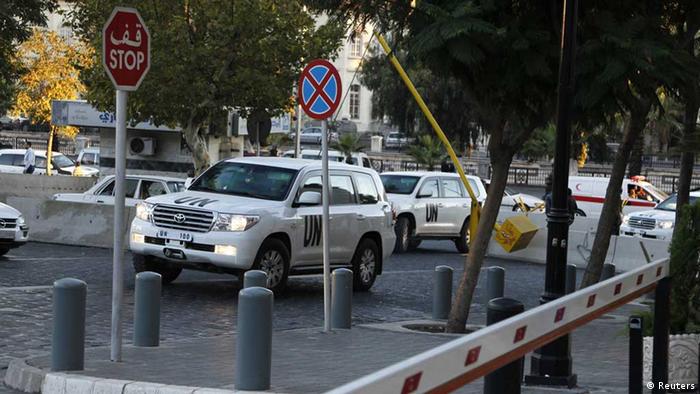 How did the Syrian government come to possess such a vast arsenal of chemical weapons in the first place?

Back in the 1960s and 70s, the Syria's government of the time decided to discard the idea of a nuclear weapons program, and instead maintained a very modern, broadly conceived chemical weapons program. The idea was to build up deterrence to Israel's nuclear bombs. It, of course, also became clear to leaders like Assad, or Saddam Hussein before him in Iraq, that they could intimidate their own people by threatening them with chemical weapons.

What role do chemical weapons still have today in conventional wars?

Chemical weapons are not particularly effective against well-protected Western armies. But on the battlefield against armed forces without adequate and broad protection, chemical weapons can make a decisive difference.

In addition to the Assad regime's troops, opposition fighters, including jihadist groups, also influence the situation on the ground in Syria. How much danger are the UN inspectors in?

The US and Russia have announced they have a "common understanding" on how Syria should dispose of its chemical weapons amid talk of a new peace conference. But Bashar al-Assad's bombs are still falling.

Syrian President Bashar al-Assad has said he would welcome German efforts to mediate in the Syrian conflict. But Berlin has categorically rejected the idea, a decision that some policy experts believe was the right one. (08.10.2013)

What began with largely peaceful protests against Syrian President al-Assad in March 2011 developed into a full-scale civil war. Read DW's coverage of the conflict in Syria. (07.10.2013)

They could of course get caught in skirmishes between government troops and armed opposition groups. It's hard to say whether the different parties in the civil war would really have an interest in attacking the inspectors. Although that could be the case - if one wanted to discredit Assad or further undermine his already heavily eroded legitimacy. It's thinkable that some of his opponents would want to torpedo the process that's presently ongoing, since in it, Assad appears as a legitimate representative of Syria in an international setting. Some groups could want to hinder that.

In the destruction of chemical weapons, two processes come into play: incineration and neutralization. What do these terms mean?

In the former, the chemical agents are burned in special ovens. In the latter process, water and other chemicals are added to chemical agents in order to turn them into less dangerous substances, or neutralize them.

The Assad regime announced that it has neither the will nor the capability to take on the costs of destroying the chemical weapons. Who will pay up in the end?

That will probably flow to the signatories of the chemical weapons treaty. Some, particularly Western countries, have already voluntarily offered contributions. In the past, that's how Germany and other countries helped out with the financing and operation of weapons destruction facilities for Russia's disarmament.

Dr. Oliver Thränert is a political scientist with a research focus on international weapons controls and disarmament. He heads a think tank at the Swiss Federal Institute of Technology in Zurich, Switzerland.

US and Russia agree on Syria resolution