As Haiti recovers, it prepares for future disasters

Few were ready when a 7.3 earthquake leveled much of Haiti four years ago. DW has spoken to three German aid workers who saw the destruction first-hand. Relief work, they agree, is nowhere near over. 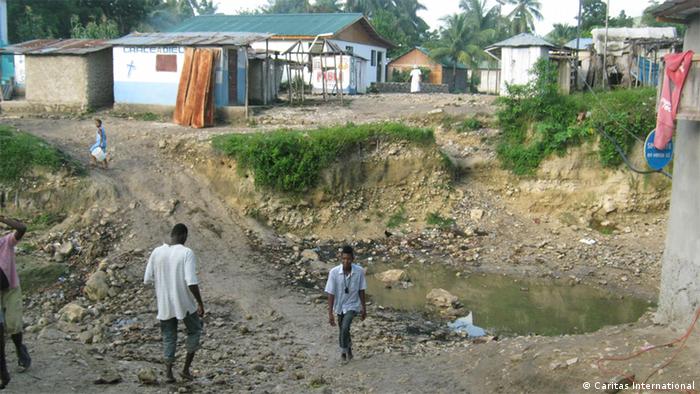 "What was decisive was dispatching a team as quickly as possible to determine the real requirements, in order to be capable of delivering targeted relief."

The summary comes from Gerd Friedsam, head of the German Federal Agency for Technical Relief (THW), as he speaks with DW of his aid work in Haiti.

On January 12, 2010, the Caribbean island was devastated by a 7.3 -magnitude earthquake. More than 200,000 people lost their lives. Three million became homeless overnight. Months later, poor sanitation conditions had led to a cholera outbreak. 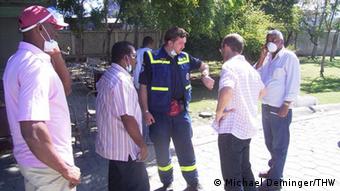 Michael Deininger was one of the first to arrive. At 8:35 a.m. on the day of the catastrophe, he was called into action from his job as manager at a waterworks company in southern Bavaria. By that afternoon, he had taken off from Frankfurt airport. Destination: Port-au-Prince, the Haitian capital, where he was to help in repairing the decimated water supply system.

"In other operations, like in Pakistan, I'd encountered destruction. But such widespread destruction, in a city like Port-au-Prince, that I'd never seen," he told DW.

Change in the air 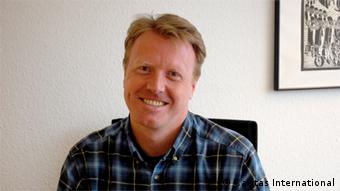 Volker Gerdesmeier was also deployed quickly to Haiti through Caritas, an international Catholic charity, and later assisted in the country's reconstruction. Having recently revisited the island, he says the relief work has had an impact.

Back in February, 2010, "There was an enormous amount of rubble. People were highly traumatized," he told DW. "Today, the big tent cities are gone." Though 250,000 Haitians continue to live in sprawling tent camps, he says, many places are now functioning normally.

Generally, cooperation worked well between Berlin and the German relief organizations. Yet there were also many unprofessional organizations that hindered rather than helped.

"In an acute emergency, we created a list of those in need to avoid corruption. That was very time-consuming work. We had supplies ready to distribute to them. Then came an Italian organization that asked if they could use the list to distribute their goods," said the Caritas relief worker. His colleagues passed the list to the Italian organization, which then distributed the same materials as Caritas. "That was harebrained," Gerdesmeier said. 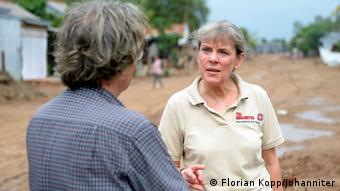 It's with slightly less optimism that Jutta Meissner views the situation in Haiti. She was there just a few months ago with Die Johanniter, a Protestant charity in Germany. "You can't just say: 'Let's close the camps, and the situation will improve," she told DW. "People were sent away. Most are still living in cramped quarters." While she does see much that has been done, "It's not enough by a long shot."

Admittedly, helping those in Haiti, was more difficult than in other catastrophe regions, Meissner says. She would know: She oversees Die Johanniter's relief operations in Southeast Asia and Latin America.

"The [Haitian] state was non-existent. During rebuilding, we had to figure out who the land belonged to - the land we wanted to work on. But as it turned out, there is no land registry," she said.

A boot-grinding march from institution to institution ensued, obtaining documents so that relief measures could be delivered. But beyond that, few local partners could be relied on. That's why relief work in the Philippines, she says - a country swamped by Typhoon Haiyan in November 2013 - is already further along than similar projects in Haiti. In Haiti's most rural regions, conditions remain catastrophic. 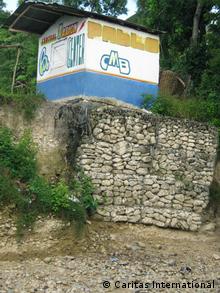 Beyond short-term emergency aid measures, the German Federal Ministry for Economic Cooperation and Development is supporting a project by Caritas to provide catastrophe prevention to Haiti for the long term.

The plan is multifaceted: It includes erosion control and reforestation, the training of catastrophe workers as well the creation of evacuation routes. Roughly 3,000 Haitians will be employed and trained so that plans can be implemented quickly and efficiently in an emergency.

Haiti is one of the poorest countries in Latin America - just as it was before. "There's tremendous need," says Volker Gerdesmeier.

Christmas has come early for one homeless New Yorker whose life on the streets has been transformed thanks to a chance meeting. With a little help, he developed an eco-friendly app that may just turn his luck around. (26.12.2013)

They might share an island, but the Dominican Republic and Haiti couldn't be more different. While the former is a popular tourist destinations in the Caribbean, Haiti is one of the poorest countries in the world. (12.02.2013)