As Greek crisis lingers, France worries about its own future | Europe| News and current affairs from around the continent | DW | 17.07.2015

As Greek crisis lingers, France worries about its own future

France has been Greece's most powerful ally in the country's financial crisis. Paris, however, appears to be at least partly driven by its own economic worries. Elizabeth Bryant reports from the French capital. 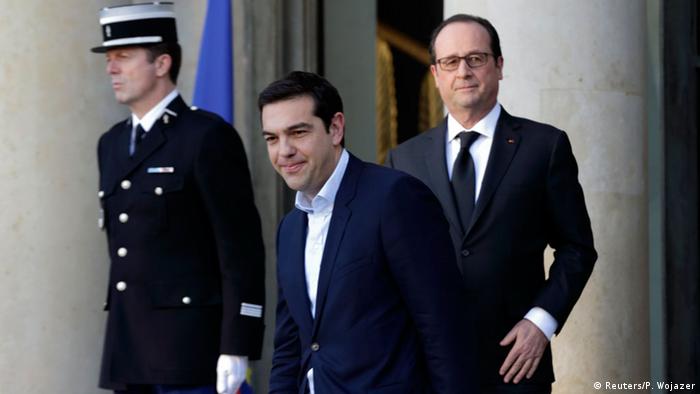 As Greece's lawmakers faced an agonizing vote over tough new austerity measures, their French counterparts had a relatively easy time approving a new bailout agreement for Athens Wednesday, aimed to avert a financial catastrophe for the country and keep the 19-member eurozone intact.

In separate votes, France's National Assembly and Senate overwhelmingly backed the deal reached by eurozone leaders after marathon weekend talks, becoming the first of several European parliaments to examine it.

"We must be at the side of the Greeks, and ensure that the eurozone that we belong to must be protected," a French President Francois Hollande said after Wednesday's vote, echoing a message of solidarity he has sounded often these past weeks.

The process was purely consultative, but the results underscored France's strong support for keeping Greece in the currency union - in sharp contrast with Germany, where lawmakers approved the deal after a long debate in the Bundestag on Friday.

Few issues have so seriously tested Europe's powerful Franco-German alliance in recent years than what to do about Greece. While Hollande is said to have dispatched experts to help Athens prepare new proposals for its creditors, news reports suggested Germany was drafting its own plan to suspend Greece's eurozone membership.

If such divisions reveal larger fissures in the currency union, some experts believe they equally reflect interests much closer to home. 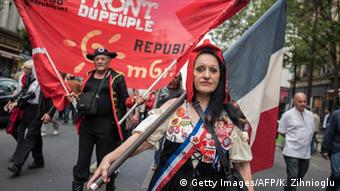 in Paris, people have gone on the streets to show support for the EU coming to Greece's aid

"France is leading the charge to keep Greece in the eurozone, but in my view, it's more domestically driven than anything else," says analyst Guillaume Xavier-Bender, of the German Marshall Fund's Brussels office. "First because the Socialists are in power in France and must, by solidarity, help another left-wing party in Europe get out of trouble."

And also, Xavier-Bender says, because Hollande's government has championed eurozone membership as the path to jobs and economic recovery in France. It's an argument, he predicts, that will help shape politics here in the coming months, pitting Hollande's Socialists against more euroskeptic rivals.

For the moment, Hollande has the upper hand. The Greek accord has divided members of the conservative opposition The Republicans party, with most party lawmakers backing the deal in Wednesday's vote. Yet their own chief, former French president Nicolas Sarkozy, openly criticized Hollande for breaking with Germany and "seeking a compromise on Greece" at any price.

"The real question is about how to protect the eurozone from a Greek disaster, not simply protecting Greece," Sarkozy said.

Another key opposition party, the far-right National Front, was unsurprisingly and sharply critical of the accord, claiming it was a bad deal for Greece and for Europe. "Mr. Hollande … is lying to the French by letting them think that this deal will be painless for them," Front leader Marine Le Pen said, estimating French taxpayers will be throwing billions of euros "into the bonfire of the [Greek] debt."

Indeed after Germany, France holds the highest amount of Greek debt among eurozone members, estimated at around 43 billion euros ($47 billion) by some counts - although a recent French Senate report put France's exposure to a Greek default at 65 billion euros.

But comparisons with Germany end there. France's growth is sluggish, its unemployment rate is twice as high as Germany's and Hollande has so far shied from the kinds of radical economic reforms some analysts say are essential. 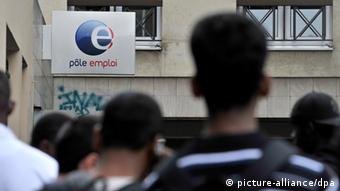 Unemployment reached a record 3.55 million in May

"Countries such as Germany, which are doing relatively well, can cope easily" with uncertainty about Greece, says Christian Odendahl, chief economist at the London-based Centre for European Reform. "But France, with its own economic problems - the last thing it needs is another sort of uncertainty for its economy, which is struggling to recover."

Others go further, suggesting France is among Europe's next big worries.

"Obsessed with the problems of Greece and the European periphery, financial markets are ignoring the rising risks of the core, especially Italy and France," the Financial Times wrote in June. Unless some major changes are made, it predicted, "France and Italy may not be able to avoid a financial crisis."

Many of these concerns are reflected on the streets. French are divided about Greece, and gloomy about their own future.

A recent poll found most want Greece to remain in the eurozone, but just over half oppose giving Athens any more concessions. "I think the Greeks should pay us back, but I don't think they will," says 35-year-old Isabela, who works for Paris city hall and declined to give her last name.

But another Parisian, Marilyn Mancini, said Greece deserved French support. "They're part of the EU - even though we know they have cost us, and they will cost us even more in the future," she said.

'If Greece leaves the eurozone, France should too, because we're not doing well either," she added. "Life is expensive, and our salaries aren't increasing. The eurozone has cost us too much."

The French government has passed a new economic law that aims to make the country more competitive and business-friendly. However critics say the impact will be minimal, as Elizabeth Bryant reports from Paris. (15.07.2015)

Despite a recent improvement, the Spanish economy is vulnerable to turmoil from Greece. The rise of anti-austerity party Podemos, meanwhile, has drawn inevitable political comparisons. Guy Hedgecoe reports from Madrid. (06.07.2015)