The Austrian city of Linz is ready for a year in the limelight as one of Europe's capitals of culture. The small town is using the opportunity to face up to its past as Nazi dictator Adolf Hitler's favorite city. 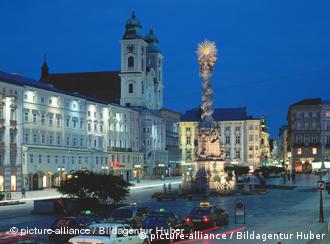 Linz is gearing up for a year of unusual cultural highlights

Some European Capitals of Culture are luckier than others. While this year Liverpool banked on the Beatles, the Austrian town of Linz has to grapple with its connection to Adolf Hitler in 2009.

But besides using the opportunity to deal with the fact that Hitler planned to make Linz a major cultural center of the Third Reich, the steel town along the Danube river will offer a host of quirky cultural projects geared towards a wide public rather than a select few. 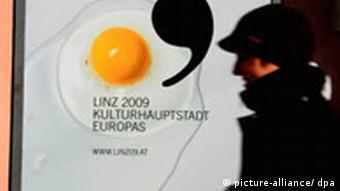 Linz is taking an irreverent approach to the cultural capital concept

"Linz is an unknown creature even for Austrians," Mayor Franz Dobusch said of this town which was first mentioned as a medieval trading hub in 799, but which remained a small provincial center until the 20th century.

While few Austrians know about the medieval alleys of the historical center, most associate Linz with voestalpine AG, the steel producer that was founded as part of Nazi Germany's industrial complex in 1938, after Austria was annexed by the German Reich.

In the exhibition "The cultural capital of the Fuehrer," which runs until March, visitors travelling some 190 kilometers west of Vienna to Linz have a chance to examine Hitler's grandiose plans to make the town into a cultural center. 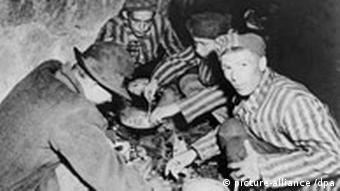 Despite his love for Linz, Hitler had no problem setting up the infamous Mauthausen death camp nearby

Hitler spent some of his childhood and youth in Linz. His plans to build grand boulevards and the world's largest art gallery were never realized.

But the European Capital of Culture also invites locals and tourists to explore National Socialist remnants throughout town. Armed with an audio guide, one can listen to survivors while being led through a residential area and a former underground aircraft factory that were part of the Gusen concentration camp.

"Whenever you come to Linz in the coming year, you will find something related to this topic," said Ulrich Fuchs, the deputy manager of the 2009 events.

When Linz took over as cultural capital on New Year's Eve, along with Lithuania's capital Vilnius, the opening event signaled that the working-class town wanted to offer projects that appeal to visitors and the local public alike.

On Dec. 31, official guests were not treated to a formal dinner, but were rather invited into the homes of locals, including families, university students and gay couples.

"Of course we see to it that we don't send the Israeli ambassador to a Palestinian family, of all places," Fuchs said. 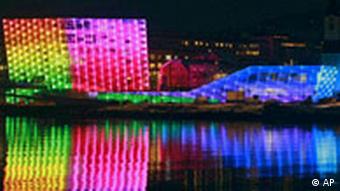 Besides the annual Ars Electronica festival of media and electronic art, and an exhibition called "Best of Austria", featuring works from the country's most famous museums, there are few traditional cultural events, but a host of unusual projects.

In May, a group of artists organizes "surveillance-free tours", for which participants don camouflage gear and sneak and crawl their way to tourist sites, evading the gaze of security cameras.

At a festival in November, Linz will host a number of international puppet theater players with productions geared towards adults, such as a production by Neville Tranter, who will present the traditional irreverent puppet character Punch as a bomb-planting terrorist.

Those wishing to combine unusual cultural experiences with unusual accommodation can check in at the Pixel Hotel, which is not really a hotel but rather a number of rooms installed all over Linz, including in a former cabinet maker's workshop, a former soup kitchen, and a ship in the Danube harbor.

As the mayor of a provincial town, Mayor Dobusch is realistic about his goals for 2009.

"We want to attract people in a 300-kilometer radius", he said, referring to an area including parts of Germany, the Czech Republic, Slovakia, Hungary, Slovenia and northern Italy. "If we can achieve that, we have achieved a lot."

Lithuania's capital of Vilnius will show off its art and architecture as a European Capital of Culture in 2009. The city is pulling out all the stops to shine during its year in the spotlight. (31.12.2008)

While Braunau will honor two Nazi victims on Thursday, the Austrian town still lacks a place that deals with its most infamous son. Sixty years after the end of World War II, some say it's still too early. (14.09.2006)

The city of Essen -- once a mining town, now a service industry center in Germany's multicultural Ruhr region -- has been named a European Capital of Culture for the year 2010. (11.04.2006)

Eurovox on Linz as Cultural Capital

Dialogue: Linz Faces its Past as Cultural Capital

Inside Europe on Linz as Cultural Capital