As COVID-19 vaccines arrive, Europe looks back at swine flu side effects | Science| In-depth reporting on science and technology | DW | 03.12.2020

A swine flu shadow hangs over the vaccine

Vaccines have saved tens of millions of lives and eradicated a host of diseases that would otherwise continue to plague humanity. They can, however, have unintended side effects that, although statistically infrequent, cause fear in populations that would benefit from taking them. DW's Science unscripted podcast team spoke to Matti Sällberg, a vaccine expert at Sweden's Karolinska Institute, about whether the side effects of the swine flu vaccine are cause for any legitimate concerns regarding the coronavirus vaccines.

Listen to the full interview on Spotify or Apple Podcasts.

DW: We keep seeing vaccine skeptics referencing the swine flu pandemic in 2009 as the reason they won't be taking a COVID-19 vaccine. Let's rewind — what happened?

Matti Sällberg: In March of 2009, we had an outbreak of a new flu virus. It stemmed, probably, from pigs in Mexico, and then it spread as a pandemic all over the world. The major difference to many other flu outbreaks was that young people tended to become very sick. And alarm bells rang all over, it looked like the 1917 Spanish flu outbreak. A vaccine was therefore developed against swine flu and was administered in 60 or 90 million doses globally. In Europe — and particularly in the Nordic countries, almost exclusively — cases of narcolepsy appeared after these vaccinations. It was around 300 cases.

So these vaccines against the swine flu were being administered, people were getting shots, and then, suddenly, people started noticing that a startling number —

I understand that it was rare, but still, that 300 people get narcolepsy — this didn't come up in any of the trials? When did the cases emerge?

I don't remember exactly when they emerged in relation to the vaccines.

So what happened next? Did the immunizations stop? Did people stop getting the vaccines? Or was this considered a normal, or acceptable, side effect of handing out these vaccines?

It's totally not a normal side effect. The confounding factor is that the [swine flu] virus itself causes narcolepsy. And then it's very often hard to dissect whether this was caused by the viral infection or the vaccine. Still, the Swedish authorities decided to compensate those who developed narcolepsy. 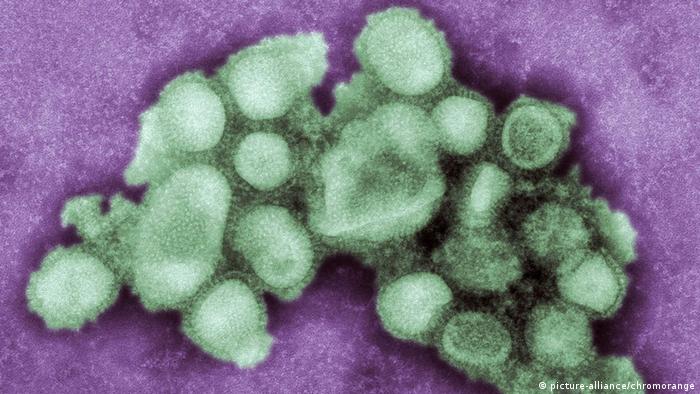 Swine flu death estimates range from 150,000 to more than a half million

Why should people not be scared that something similar won't happen with a COVID-19 vaccine? Is there any reason that these new vaccines are different and shouldn't have that happen, as compared to the swine flu vaccines?

Absolutely. First of all, the clinical trials now are much bigger. We've now vaccinated over 100,000 people already. There's yet to be a severe adverse event associated with these vaccinations. There is no evidence, as far as I know, that COVID-19 causes narcolepsy. That's certainly not one we're going to see — if we're going to see any severe side effects.

One of our listeners, Stefan, wrote in to us, "I'm not an anti-vaxxer. But my early inclination is NOT to take the COVID-19 vaccine, as I'm not convinced that enough research has been done on possible side effects." He's talking about long-term side effects.

Yeah, but — I understand that. But then the other option is that we stay in a lockdown. So the research that has been done — I really need to emphasize that — the safety studies that have been performed now with these vaccines are quite exceptional. They're extremely large studies. So I would say that the probability of these vaccines causing common side effects that are actually worse than the COVID-19 pandemic, it's extremely rare. At least in the Northern Hemisphere, where we have an old population at risk of dying. We have a lot of people in the hospital right now. So, I mean, one has to put this in perspective. 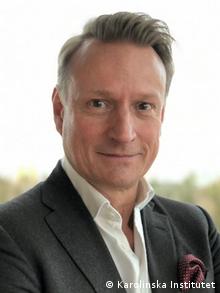 Our listener Stefan's question, if I can come back to it, is — "Has this been rushed?" He's talking about long-term side effects. Has it gone too fast?

No, I don't think it's gone too fast if you look at the clinical trials. The clinical trials started in March, they've been running until now, so they're going to run for a year. So no, in that respect, absolutely not, it hasn't been rushed.

I know that we can't compare apples to oranges, and comparing an mRNA vaccine to the flu vaccine that was taken back in 2009 is unscientific and idiotic… But IF something were to happen, like the narcolepsy outbreak, because of the mRNA vaccines now, and you look back at it in 10 years — would you say that things were rushed this time around?

You have to define what you mean by "rushed." You have to look at the clinical trials that have been performed. It's over 100,000 people that have received these vaccines. So far, we haven't seen any unusual severe adverse events. One can never ever exclude that.

Matti Sällberg is a professor and biomedical analyst at Sweden's Karolinska Institute. His primary area of research is vaccines.

Nine months after the global coronavirus pandemic was declared, the first vaccines are about to appear on the market. Who should receive the early doses?

Health Minister Jens Spahn has hailed the efforts of BioNTech in developing a coronavirus vaccine. Germany has secured more than 300 million vaccination doses from different manufacturers.