Daniel Libeskind’s first design, the Jewish Museum Berlin, made him famous. His architecture is about remembrance, but it also looks to the future. A conversation with a creative visionary who isn’t afraid to divide opinion. 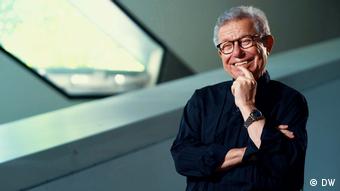 His architectural breakthrough came late. Daniel Libeskind was already in his mid-50s when his design for the Jewish Museum in Berlin brought him international fame. After that he was inundated with major commissions. After winning the bid to redevelop the area around the former World Trade Center in 2003, Daniel Libeskind moved to New York and set up a studio. There he drew up a Ground Zero Master Plan for the site in Manhattan where the Twin Towers once stood and nearly 3,000 people lost their lives during the terrorist attacks on September 11, 2001. 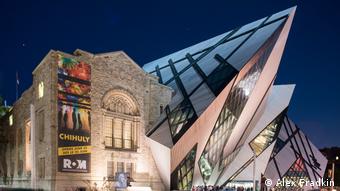 Libeskind is motivated by ideas that involve coming to terms with the past. His architectural vision often centers on memory, but also optimism about the future.

His trademark approach is to symbolically disrupt or enhance historic buildings with sharp, geometric, glittering structural elements made of steel and glass that resemble crystals - 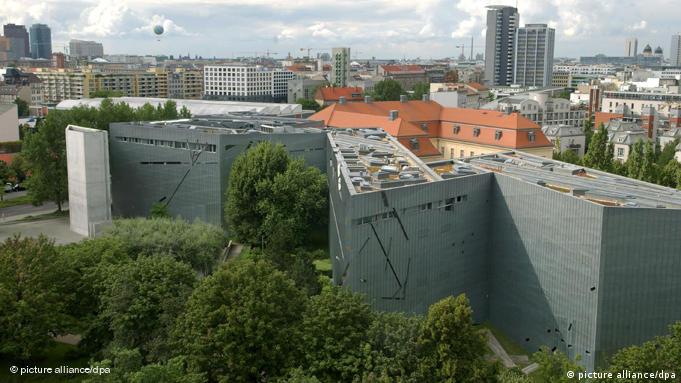 take, for example, the jagged floor plan of his iconic Jewish Museum, which resembles a broken Star of David. Born in 1946 to Jewish parents in Łodz, Poland, Daniel Libeskind immigrated to Israel in 1957 with his family, then to the US three years later. In 1989, he moved his workplace and residence to Berlin to design the Jewish Museum. Today, he divides his time between Berlin and New York. "It’s a wonder that the world has become more connected,” he says. " He originally trained as a musician and was considered a "child prodigy with the accordion.” He still pursues the occasional musical project and has produced several operas, including in Berlin and Frankfurt. He sees a strong connection between music and architecture because, to him, every building has its own unique sound. Daniel Libeskind says that "Architecture is the most optimistic of all fields, because you feel you can move forward with it. More than in any other field, you can make life better, more beautiful.”

Libeskind’s first design, the Jewish Museum Berlin, made him famous. His architecture is about remembrance, but it also looks to the future. A conversation with a creative visionary who isn’t afraid to divide opinion.