'Art from the soul': Prize awarded to artists with disabilities

December 3 is International Day of People with Disabilities. Germany's euward art prize aims to give greater visibility to works created by those with intellectual disabilities. 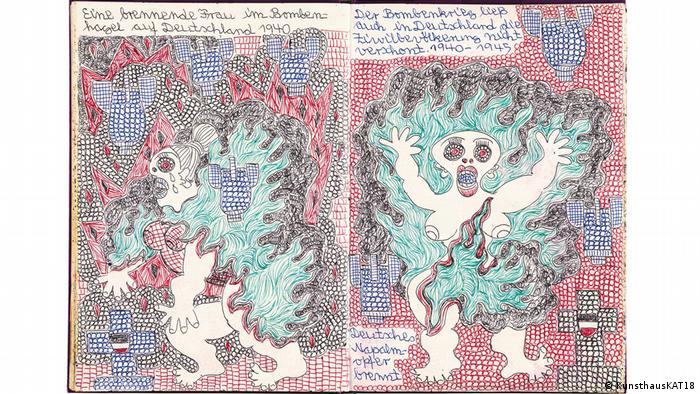 Eyes wide open, a woman runs through a hail of bombs, crying out in pain, her naked body burning. In this war scene captured on paper with ballpoint pen, Cologne artist Andreas Maus gave shape to the suffering of the German civilian population during World War II.

The works won Maus this year's euward art prize, one of the most important international awards for paintingand graphic arts for people with intellectual disabilities. The prize is awarded every three years by the Munich-based Augustinum Foundation.

Maus' works and those of two other euward winners were on display in summer 2021 at Munich's Haus der Kunst, one of Germany's most prestigious museums. Klaus Mecherlein, a German art educator, established the art prize for painting and graphics over 20 years ago.

"We wanted more visibility for the art of people with cognitive disabilities," Mecherlein told DW, adding that goal has been achieved with the euward award.

Woman with polio uses art to empower others

'Art from the soul'

The art educator heads the euward archive and the Augustinum studio in Munich, where artists with intellectual disabilities work.

What distinguishes the art of people with and without impairments?

"Art experts would see the difference right away," said Mecherlein, adding that artists with intellectual disabilities don't focus so much on the impact of their work when drawing or painting.

Theirs is an art that "comes entirely from the soul, an art of great directness," he said. Andreas Maus is a good example. Born in 1964, the Cologne artist focuses on pressing contemporary issues like exclusion, violence, persecution, war and killing.

She wants to encourage their creative abilities, and considers their art to be particularly "genuine." People with impairments simply let brush, pen or canvas do the talking.

"I want these artists to never lose faith in themselves and to make use of their potential," the gallery owner said in Berlin's Tagesspiegel newspaper. 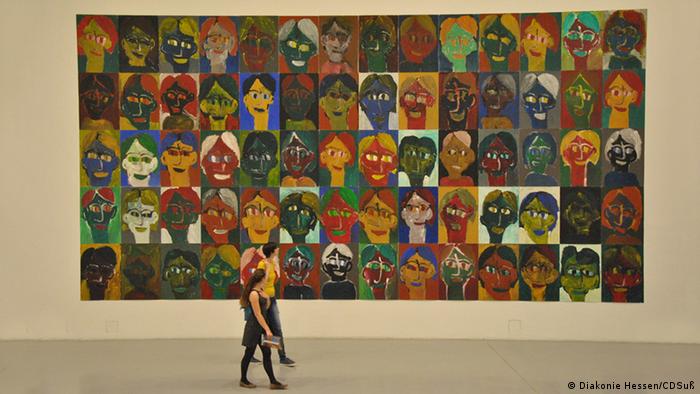 In Germany, von Gersdorff-Bultmann is seen as a pioneer in the field of outsider art. However, interest in the creativity of people with disabilities goes back more than 100 years. In the 1910s, the German psychiatrist and art historian Hans Prinzhorn (1886-1933) analyzed the creative works of mentally ill people. His large collection is now on display at the University of Heidelberg.

Art brut, art cru, outsider art — the terms don't mean much to Melanie Schmitt, an art historian and therapist who runs Kunsthaus Kaethe:K near Cologne. For the past year, 11 people who need cognitive support have been living and working in the Kunsthaus studios.

"We want to raise the creative potential of these people and create the conditions for their artistic work," said Schmitt. 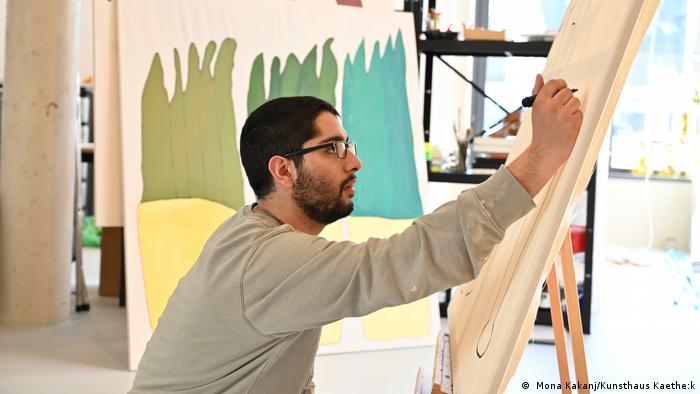 Firat Tagal's Kunsthaus studio is piled high with large-format acrylic paintings of architecture and pop culture. Elias von Martial, who like Tagal is in his mid-20s, specializes in drawings that revolve around myths, combat and fantasy.

"When I draw there could be an earthquake outside, and I might not notice," he said. The young man would like to study at the Düsseldorf Art Academy, a goal Schmitt believes he can achieve.

Andreas Pilz knows of many such artists who are serious about their art.

"Promoting these people is a never-ending task," Pilz told DW. The art expert was in charge of an exhibition of works by people with and without disabilities, which toured Germany for three years and ended in 2017.

"It's about the art, not the disability," he said.