The German footballer is the Premier League club's highest-paid player ever. According to Turkish reports, he is in advanced talks to join soccer club Fenerbahce later in January. 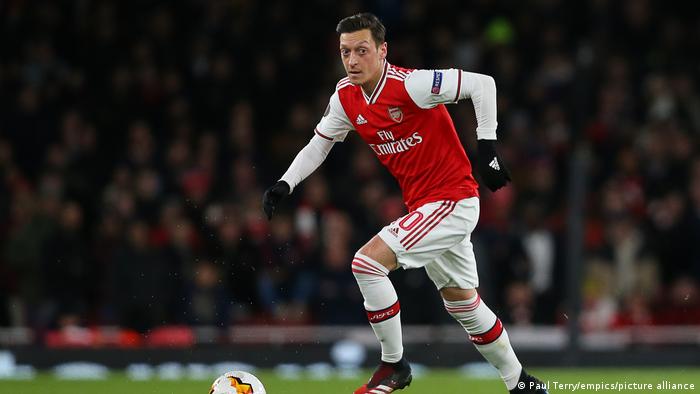 Özil is expected to sign a three-and-a-half year contract with the Turkish club, according to the Demiroren news agency.

The 32-year-old, who helped lead Germany to its 2014 World Cup victory, added fuel to the rumors by tweeting an old photo of himself in Istanbul.

Turkish sports daily Fanatik reported that the chairman of Fenerbahce and its team director had flown to London to personally recruit Özil.

Other outlets reported that Özil was in talks with American team DC United, in the Major League Soccer (MLS).

Özil's agent said his priority was to stay with the London-based Premier League team, but that his future should become clearer within the next 10 days.

"Mesut's priority is to stay, but you never know in football, things can change very fast," Erkut Sogut told ESPN. "For the moment, we are just checking all the options for January and the summer."

"In the next seven to 10 days, it will be a little clearer as now the transfer window is open, things can move faster," he added.

However, he has not played since March 2020 and coach Mikel Arteta does not appear to have included him in plans for either the Premier League or the Europa League matches for the next six months.

Özil's contract runs out at the end of the season, however Arsenal is looking to cut its numbers in January.

Turkish broadcaster A Spor reported Özil would join the 19-time Turkish champions later in January, where he would reportedly earn about a quarter of his current salary.

Fenerbahce is one of Istanbul's three big clubs and is currently placed fifth in the Super Lig. It has suffered from financial woes in recent years.

Özil, who also has Turkish citizenship, caused controversy in Germany when he posed for a photo with Turkish President Recep Tayyip Erdogan and invited him to his wedding in Turkey in 2019.

He has also caused controversy by critizing China's inhumane treatment of Uighurs — comments which Arsenal distanced itself from.

The lack of a German on FIFA's shortlist of the best men's players and the low key loan move of a key man in World Cup 2014 give cause for reflection. Did Germany's golden generation peak early? And who's behind them?