The cyclist Lance Armstrong has reportedly admitted to doping in an interview with US TV personality Oprah Winfrey. He previously rejected all accusations, even after being stripped of his seven Tour de France titles. 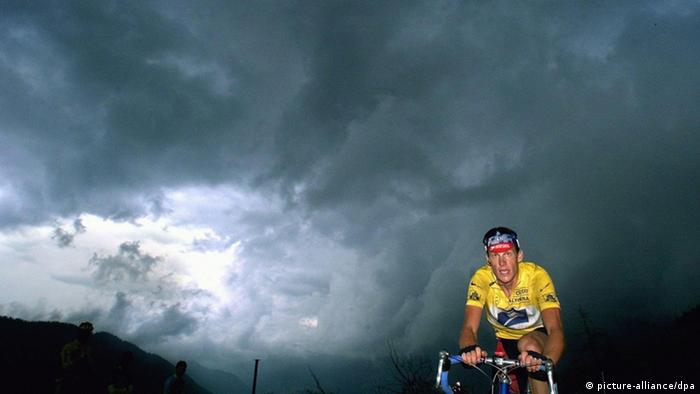 Armstrong confirmed the widely held belief during an interview taped in his hometown of Austin, Texas, on Monday, according to the daily USA Today. The source of the information spoke on condition of anonymity, as Winfrey's network OWN had not yet aired the interview, which has been slated for Thursday.

Neither Winfrey's nor Armstrong's spokespeople immediately responded to the report. The cyclist has never admitted to doping.

Lance Armstrong: The end of a fairy tale

His story was too good to be true: He overcame cancer to win the Tour de France for a seventh time. But now he stands to lose everything. (12.10.2012)

Earlier on Monday, the disgraced cyclist privately apologized to the staff of his cancer foundation, Livestrong, according to a spokeswomen.

"He had a private conversation with the staff who have done the important work of the foundation for many years," said Livestrong spokeswomen Katherine McLane, without giving further details.

"It was a very sincere and heartfelt expression of regret over any stress that they've suffered over the course of the last few years as a result of the media attention," she said.

In December, Armstrong declined to appeal a ruling that banished his name from the record books for the years that comprised the second phase of his career after beating cancer in 1998. The International Cycling Union announced its ban earlier the same month.

Armstrong, 41, never failed a drug test during his career, but witness testimony, including from former teammates, eventually led to an investigation into an elaborate doping system and his eventual downfall. Amid public pressure, the disgraced cyclist stepped down from his cancer foundation in October.

The Tours de France of 1999-2005 now officially have no winner. Lance Armstrong finished first in all of them.