Germany's development minister slammed the US plan to build a missile defense shield in eastern Europe as well as billions being diverted from fighting poverty to new weaponry, triggered by the Caucasus crisis. 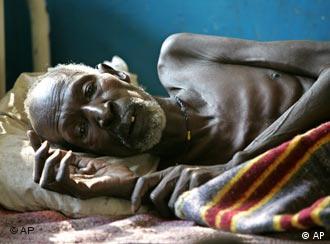 "We must avoid falling back into a situation where we have a new arms race," said German Minister for Development Heidemarie Wieczorek-Zeul at an informal conference in Berlin on the UN's Millennium Development Goals (MDG), which aims to boost developmental aid and slash poverty by the year 2015.

Wieczorek-Zeul was referring to billions of dollars being spent on new weaponry triggered by the Georgia-Russia crisis last month that was diverting funds much needed funds to fight hunger and disease.

"The arms race is a distraction," the Social Democrat minister added. "The world needs to protect itself against hunger, poverty and illness. We have to mobilise our finances for that."

Wieczorek-Zeul attacked a U.S. plan to build a missile defense shield in eastern Europe which Washington claims is intended to protect the West against attacks by “rogue states” such as Iran, which is presumably building up a nuclear arsenal.

"The world certainly does not need new shields or whatever in Europe," she said. "Everything in the world depends on dialogue and solving problems through dialogue. Cooperation is what people in poverty need."

South African Finance Minister Trevor Manuel also had harsh words for Washington. Manuel, who is also a UN special representative on development financing, condemned a recent $1 billion pledge in reconstruction aid that the US made to Georgia in the aftermath of its war with Russia.

"It couldn't have been budgeted for," Manuel said at a news conference with Wieczorek-Zeul.

"Where does political will come from like that?" he asked. "Because that is the same political will that we need to ensure that aid is available generally for everyone.

"We can't have people flying in and making commitments on aid when they can't make the same commitments to the MDGs. We have to have a situation where we have commitments to donor aid that are predictable and transparent."

Reducing world poverty was one of eight targets agreed to by U.N. member states in the year 2000. Although donor countries have increased their annual developmental aid since 2000, that level has declined in recent years, by nearly five percent in 2006 and by 8.4 percent in 2007, according to a U.N. report published last week.

Development ministers from the Group of Eight nations reaffirmed their commitment to boost development assistance through partnership with emerging nations. They also vowed to stick to pledges to double aid to Africa. (06.04.2008)

EU, Germany, Others Pledge Billions in Aid to Palestinians

International donors, including the EU and Germany, on Monday, Dec. 17, pledged $7.4 billion (5.15 billion euros) for the Palestinians at a donor conference in Paris. Will it save the region from a catastrophe? (17.12.2007)