Arms industry and ethics – How to enforce ethics in a highly profitable business? 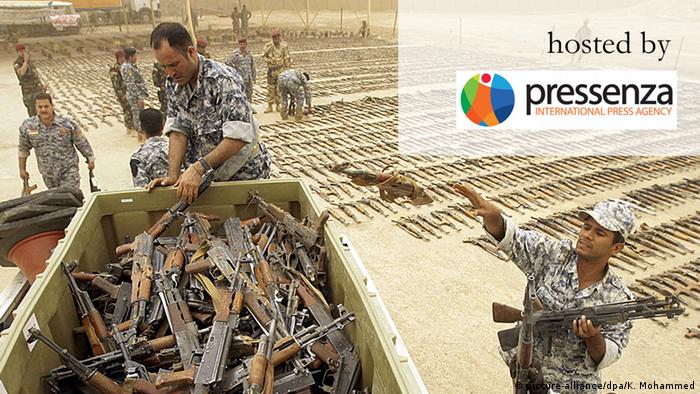 We are witnessing a terrifying rise of globalized violence in the form of terrorism and asymmetric warfare resulting in thousands of civilian victims and millions of refugees. Western governments have been forced to react but their measures are impulsive, reluctant and clumsy. There is no political vision for how to resolve conflicts except by dropping more bombs and cooperating with dictators. Many of these actions contradict Western values, deepening the lack of credibility - while trying to end the war in Syria, Western countries remain the main weapons suppliers, providing all sides with deadly equipment.

Are our proclaimed values of freedom, democracy, peace and human rights jeopardized or are they merely an illusion to lull the public? Who in our societies is advocating our values? How can we restore and strengthen our values? Are the media covering this ethical discussion sufficiently or are they - themselves often victims of economic stress - simply reacting rather than acting?

In this interactive workshop, we will investigate the lack of ethics in economic decisions exemplified by the arms industry and shed light on how Western companies get export licenses for countries with terrible human rights records; how these deals affect people in the Middle East; how these conflicts have led to the refugee crisis affecting Europe; how the lobbying and propaganda machine of the US arms industry make an implementation of gun control impossible. Is it possible to implement and enforce ethical standards in such a profitable business for superpowers such as the arms business?