Arms deals account for ′40 percent of corruption in world trade′ | News and current affairs from Germany and around the world | DW | 30.11.2016

Arms deals account for '40 percent of corruption in world trade'

A film based on the book "The Shadow World" by South African activist Andrew Feinstein shows the depth of corruption in the global arms trade. DW’s Daniel Pelz spoke to Feinstein ahead of the cinematic release. 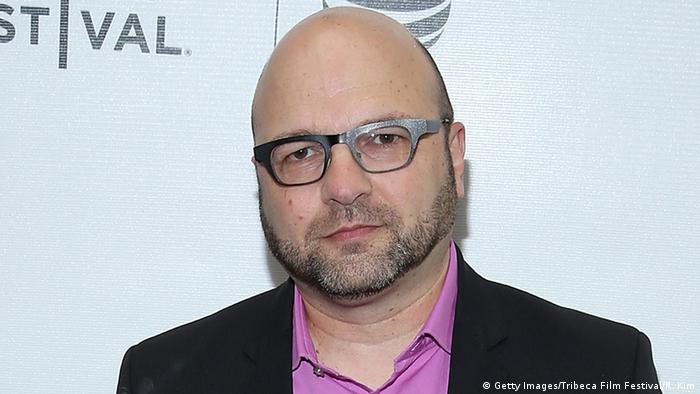 Andrew Feinstein is known in South Africa for his decision to resign his parliamentary mandate in 2001 to protest his party's - the ruling African National Congress (ANC) - refusal to allow an enquiry into a suspicious multi-billion dollar arms deal. He chose to investigate the scandal himself and published the results in a book. This was followed by The Shadow World", an investigation into the global arms trade, which has been turned into a feature length documentary.

DW: What do you want people to feel when they leave the cinema after having watched your film?

Andrew Feinstein: I would hope that people feel informed. But also that they feel angry about what is being done in their name and with their taxes in relation to the global arms trade. And that they feel that something can be done about it, that in fact they can do something about it.

You are referring to audiences in Europe, the US and maybe China, countries where big arms producers are based. But what about audiences in Africa?

The film is going to be shown incredible wildly. Besides all the obvious western countries, it'll be shown in Russia and Eastern Europe. We've already shown it in townships and in festivals in South Africa. We are hopeful that it's going to go to a lot of non-conventional audiences: to mobile cinemas both in Latin America and in Southern Africa and hopefully to in South Asia. Concerning countries that have often suffered the consequences of the arms trade, I would hope that the film encouraged them to demand accountability from their rulers for the ways in which they engage in the global arms trade.

The trade in weapons accounts for around 40 percent of all corruption in world trade. And as in so many areas, it is the world's poorer countries, the countries that are beset by conflicts, which normally suffer the greatest consequences of this sort of aberration. Even though the source of this behavior is often in what we describe as the western world. 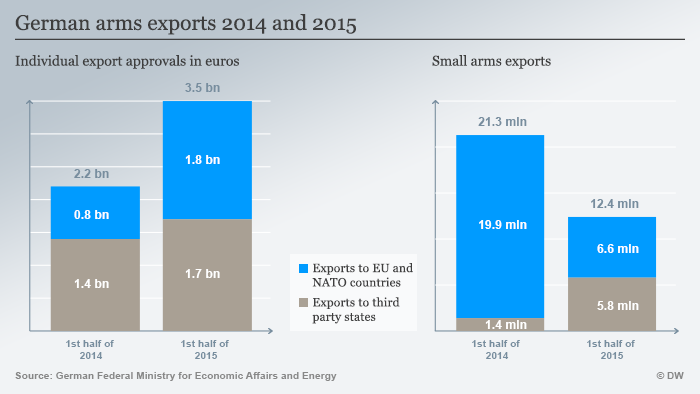 Germany is one of the biggest arms eyporters in the world

Do you think that people in Africa are really powerful enough to stop the arms trade?

Absolutely. I'm a great believer in the power of people to bring about change in circumstances and in the environment. I look to my own country, South Africa, where, at the moment, we have in power a president who is seen as corrupt and compromised. People, even veterans of his own organization, the ANC, along with hundreds of thousands of ordinary South Africans, have taken to the streets to make clear their displeasure with the state of the ruling party and our democracy, just twenty-something years after democracy first came to the country.

Obviously it varies from country to country and the situations are very different. But I think that people do have power. Power is not just about whether they are lucky enough to live in a democracy and voting every few years. It is about actually demanding real accountability and real transparency from their governments. And I believe that when populations work together, even politicians who do not allow free voting in their country are dependent, to some extent at least, on the good will of their citizens. So, yes, I do believe that people taking a stand can bring about change.

What shocks you the most about the international arms trade?

I suppose for me it is the level of collusion between very senior politicians, who are ultimately the biggest arms dealers of all. The collusion between them, the weapons makers themselves and the intermediaries, be they arms dealers, agents or brokers, countries' militaries and their intelligence agencies. This sort of confluence of interests takes place behind a national security veil of secrecy. The extent and depth of it, has really shocked me over the years that I have been doing this research.

And the reality has dawned on me that this collusion, rather than actually being a force for good, has, as its consequences, the diminution of our democracy and massively larger amounts of corruption. This sort of behavior is making us less, rather than more, safe. That is perhaps the ultimate irony of the state of the global arms trade: the security that it is supposed to be bolstering is often undermined by the action of our political and military leaders and the captains of this particular industry.

Andrew Feinstein is a founding Director of Corruption Watch. The non-governmental organization investigates corruption to develop measures to combat corrupt behavior by corporations and governments.

Diplomacy and war games in the global arms trade

Moscow and Washington are rivals once again, using arms exports to boost their allies and frustrate each other's plans. The two countries are also renewing their own nuclear arsenals, researcher Siemon Wezeman told DW. (19.11.2016)

Economy Minister Sigmar Gabriel has presided over a massive increase in German weapons exports, despite his election promises. He should resign and make way for a politician with backbone, say anti-war activists. (04.07.2016)

China is now the third biggest arms exporter after the US and Russia according to the Stockholm International Peace Research Institute (SIPRI). Sudan is one of China's main clients in Africa. (16.03.2015)