Arkansas to resume executions after 10 years

Arkansas will resume executions by lethal injection following a 10-year hiatus. The executions were delayed due to difficulties in obtaining the drugs from European pharmaceutical firms. 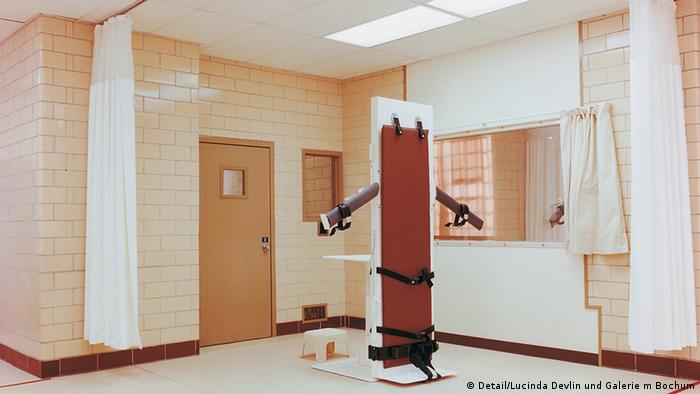 Arkansas' Republican Governor Asa Hutchinson on Wednesday set dates for the execution of eight men convicted of murder after a 10-year hiatus.

"All of the criminal judgements and sentences of death, which have undergone review in state and federal courts, are final," said a statement from the governor's office.

The resumption came at the behest of the state's Attorney General Leslie Rutledge, who sent letters to the governor requesting dates be set for the execution of the eight inmates, noting that their appeals have been exhausted.

"Quite frankly I would expect continued litigation in it, but it's my understanding that all of the appeals have been exhausted and that there is a finality in the judgment and that is the reason the Attorney General has asked for those dates to be set," said Hutchinson, reported AP news agency.

The inmates' executions had been stayed following difficulties to purchasing the drugs mandated by Arkansas law in their three-drug approach due to boycotts from European pharmaceutical companies.

However, Arkansas' Department of Correction said it obtained sufficient doses for the execution of the eight inmates as of July 1.

Meanwhile, Attorney Jeff Rosenzweig, who is representing the eight men set to be executed, said he and other lawyers are attempting to delay the executions by filing motions.

"We think the lethal injection lawsuit presents serious issues that need to be resolved first before any executions can take place," Rosenzweig said, referring to a state law that allows the Department of Correction to seal the means through which it obtained execution drugs.

"We need to know if the drug comes from a reputable vendor, and the state cannot abrogate a contract," Rosenszweig noted.

Arkansas performed its last execution in 2005.