Argentines turning their back on beef | Environment| All topics from climate change to conservation | DW | 16.10.2013 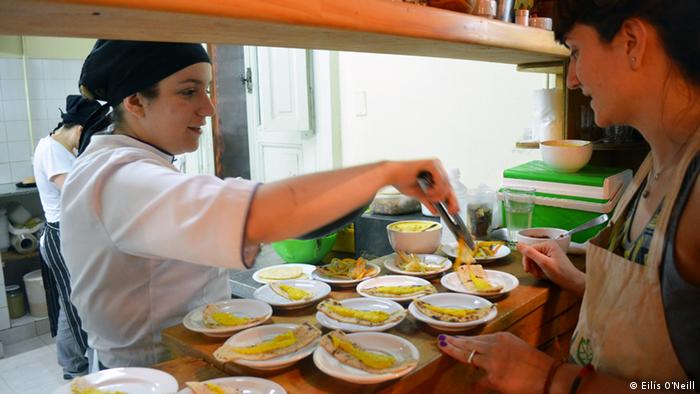 Diego Castro was always a little bit of a trend-setter. The 44-year-old raw vegan chef has been at the forefront of Buenos Aires' vegetarian movement for the past decade. All the food he eats is of non-animal origin, and he doesn't cook anything above 48 degrees Celsius.

In Argentina, traditionally a bastion of beef consumption, Castro's food preferences are still somewhat of a rarity. But, he says people in his local neighbourhood in Buenos Aires are slowly changing their view. Economic factors are, in part, at the root of these changes, but a growing health foods movement and a rising interest in vegetarianism is also making a difference, he says.

For love, not money 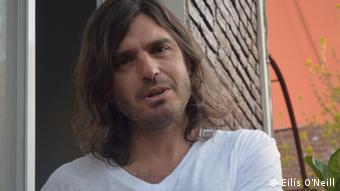 Diego Castro is a raw vegan chef in Buenos Aires

Initially, Castro met with a lot of resistance. "It was something really new," he says about his restaurant. "All my friends were saying, 'You are crazy.'" In 2009, Castro had to close the restaurant; he was simply losing too much money.

But he wasn't prepared to give up on bringing raw vegan food to Buenos Aires and still teaches vegan cooking to others. That's because for Castro, reducing the meat in his diet isn't just about improving his own health. It's also about reducing impact on the environment by reducing the country's reliance on large-scale factory farming. "I think we are rediscovering what our ancestors used to eat a few centuries ago, and it's very simple, and it's very wise."

Castro's view comes in line with the focus of this year's UN World Food Day (16.10.2013) which is focusing on sustainable food systems. Meat production is a key aspect of sustainable food production, because the cattle-breeding industry creates a high amount of waste. Cows produce methane gas, which damages the world's atmosphere – and feeding livestock uses up a lot of water.

But there's a different side to the story too. With vegetarianism on the rise in Argentina, the country's once famous beef industry is struggling. Per capita consumption of beef now averages about sixty kilograms per year, down from its peak of nearly one hundred kilos in 1958. 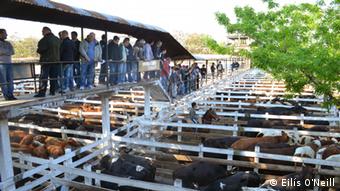 It may not look like it, but Mercado de Liniers market in Buenos Aires is seeing less business

The drop consumption can be felt at the Mercado de Liniers, Argentina's most famous cattle market. For over one hundred years, ranchers from all over Buenos Aires Province have sold their cattle there at daily auctions.

A decade ago, 2.2 million animals were sold at the Mercado de Liniers every year. By 2012, that number had fallen to 1.3 million.

According to Ernesto Ambrosetti, the chief economist of the Argentine Rural Society, the country's largest farmers' association, the drop in sales is not just because of the rise in Argentine veganism and vegetarianism.

Ambrosetti points out that the two main problems facing beef production in Argentina today are government price controls, which make it less profitable to raise cattle, and government-imposed export barriers. "Only 15 percent of the meat from each animal gets exported; the rest stays in Argentina. So the more beef we produce here, the more meat we have available domestically at low prices," the economist told DW.

Opening up exports wouldn't just make more meat available on the local market, says Ambrosetti; it would also provide employment. "In Argentina, more than 130 slaughterhouses have disappeared in the last ten years, which has led to job losses," he says, adding that "cattle ranches have become concentrated in fewer hands, because small ranches have disappeared." 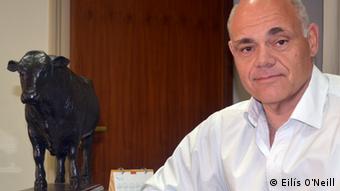 If the government stopped interfering in the market, says Ambrosetti, Argentina's beef could easily make a comeback, also as an export industry. Last year, however, Argentina fell from ninth place to eleventh among the world's beef exporters, and imports to Europe – it's main market – dropped again considerably.

Still, there's a silver lining for some. While Argentina waits to re-assert itself as a beef superpower, vegans and vegetarians like Diego Castro will try to fill the void with healthy options that taste good too.

Choosing what you put on your plate is not only a matter of choice and health. The origin and the amount of what you eat may have a serious impact on global climate. (16.10.2013)

The Global Hunger Index has been presented for the eighth time. It shows that despite some advances in endangered regions, one in eight people in the world still doesn't have enough to eat. (14.10.2013)

An unusual edible arboretum grows food and community in Seattle, the largest city in the Pacific Northwest region in the US. The urban gardeners express confidence their unfenced bounty won't be abused. (07.10.2013)