She's bold, she's critical of capitalism - and perhaps she's even corrupt. After four years as first lady and eight as president, the time has come for Cristina Fernandez de Kirchner to step aside. 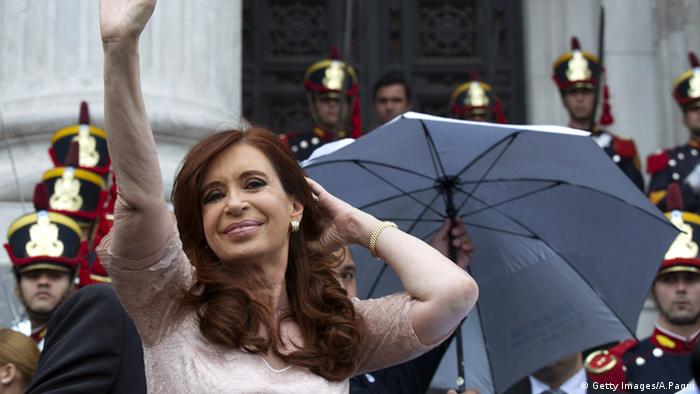 "I hope you don't need me in 2019," the Argentine media quoted President Cristina Fernandez de Kirchner as saying earlier this year. "What she actually meant is 'You will need me,'" says Dörte Wollrad, head of the Friedrich Ebert Foundation's (FES) bureau in Buenos Aires.

Clearly, leaving the presidential palace will be difficult for the 62-year-old Fernandez. In 2013, she tried to amend the constitution so she could run for a third term, but failed to win the necessary two-thirds of the vote in parliament.

Now, the Peronista who started her political career in 1989 as a lawmaker in Santa Cruz province is about to vacate her office after eight years as president. She leaves behind a shambles for Daniel Scioli, her probable successor and the candidate she has supported during the election campaign.

Tango on the Titanic

Inflation, state debt, stagnant exports, a lack of foreign currency reserves, protectionism and recession - Argentina is threatening to sink into economic chaos. As if that weren't enough, prices for soy and wheat, the country's most important exports, dropped 20-35 percent on the world market this year compared to 2014. 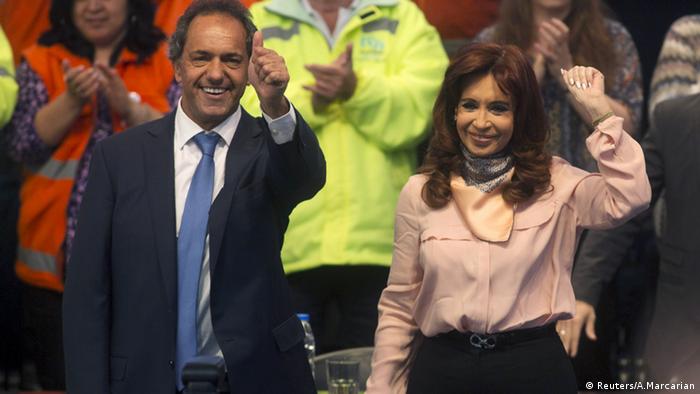 Experts agree that the new president will have to cut social programs and subsidies. "Things can't continue as before," the FES's Wollrad says. "Cristina Kirchner will watch the painful reforms from a distance, and in 2019 she'll return like a phoenix from the ashes and campaign again."

Marcos Novaro, the director of the Center for Political Research at Buenos Aires University, has his doubts about a comeback, however. Perhaps Fernandez will still be popular in 2019 because many Argentines regard her as a social benefactor, he says, but "the majority of the people are taking critical stock."

That was clear as early as 2013, when more than 1 million people took to the streets in Buenos Aires to protest corruption in government circles and Fernandez's authoritarian style of government.

But, in the slums on the outskirts of the city - where the day-to-day battle for survival is more important than the battle against corruption - people applauded the president for her social programs. From 1990 to 2010, Argentina's social expenditure rose from 18.5 to almost 28 percent of gross domestic product.

Meanwhile, even Fernandez's die-hard opponents show respect. "The Kirchner government has one outstanding characteristic, and that's daring," Argentine columnist Jorge Lanata told the Spanish daily El Pais. "The tighter things get for them, the greater their willingness to gamble."

And the government's political gamble is well-received. Fernandez scored with the voters when she steadfastly refused to give in to demands by US hedge funds. The economy, on the other hand, is struggling as a result of this daring move: in 2014, the Argentine state was technically bankrupt, and access to international financial markets is barred to this very day. 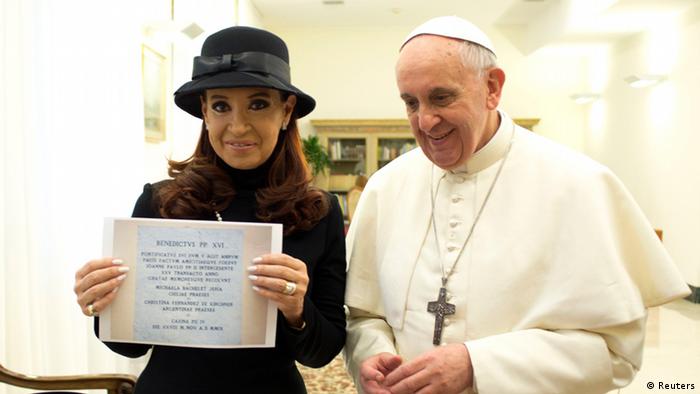 As Pope Francis, Bergoglio is no longer the political archenemy

The FES's Wollrad will acknowledge Fernandez's political skills: "She's a born populist; she knows where to get her votes." The president's initiative to push for insolvency rules for states at the UN General Assembly in the wake of her dispute with hedge funds greatly pushed her poll ratings, Wollrad says, "although the demand as such wouldn't have benefited Argentina."

Fernandez's relationship with the pope is another example of her strategic skills. Overnight, Jorge Mario Bergoglio was no longer the enemy archbishop of Buenos Aires, but the Argentine saint in Rome. Outrage at Bergoglio's criticism of the introduction of gay marriage seemed a thing of the past. After he was elected, Fernandez promptly turned into a devout Catholic and great admirer.

Even if Cristina Fernandez de Kirchner does not run for office again in 2019, the people of Argentina aren't likely to forget their polarizing president anytime soon. "She split society into the supporters and opponents," the academic Novaro says, adding that he was glad to see an end to the Kirchner era, which included the reign of the president's deceased husband, Nestor, who took power in 2003: "The next government will have less power, and that's a good thing."

Argentina: Fugitive ex-spy traveled to US

Argentina has claimed that a former spy chief flew to the US a month after a federal prosecutor was found executed. Buenos Aires suspects the US is providing refuge to the fugitive ex-spymaster. (07.10.2015)

Argentines vote in primaries ahead of presidential polls

Voters in Argentina have gone to the polls in a presidential primary seen as an early indicator of who will succeed Cristina Fernandez Kirchner. The incumbent is barred by the constitution from seeking another term. (10.08.2015)

Argentina's central bank is cracking down on the banking giant HSBC amid a multibillion-dollar tax evasion scandal. It has demanded that the British lender's local unit president be replaced within 24 hours. (02.09.2015)