Germany is investing millions, and China billions, of dollars in Africa's railroads so that goods can be freighted cleanly, quickly and cheaply from the interior to the coast. 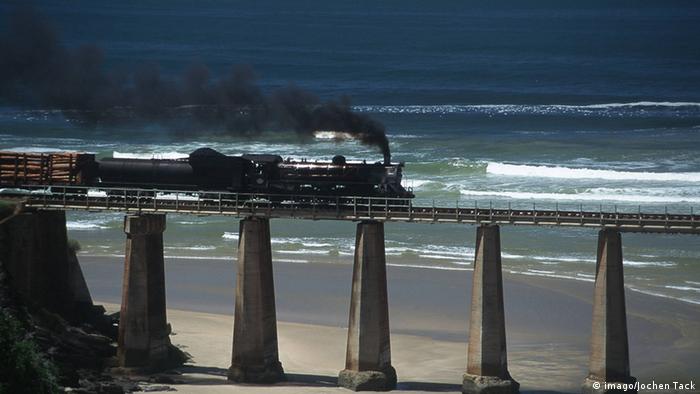 Zambia, Malawi, or the Democratic Republic of Congo (DRC), are rich in mineral deposits such as copper, cobalt, zinc, gold, silver and uranium ores. Some of these deposits have yet to be exploited because of the logistical problems in transporting the ore. All three countries are landlocked.

Africa's agriculture sector faces a similar problem. Huge quantities of produce need to be freighted from the interior to the coast or to neighboring countries. Economic activity could be boosted, but prohibitive freight costs are stopping the region from realizing its potential.

Improving the railroad network could be the solution. It could be one in which South Africa has a pivotal role, according to Christian Vosseler, project manager for the southern Africa team at Germany's government-owned Kreditanstalt für Wiederaufbau (KfW) development bank. "South Africa has the longest and most dense railroad network on the continent," he explained. 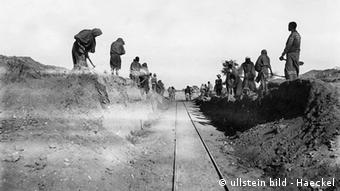 Many of Africa's railroads date back to colonial times

The KfW bank approved a development loan of 200 million euros ($220 million) for South Africa in June 2015. This funding - which comes under the umbrella of German-South African development cooperation - will be channeled entirely into the modernization of the railroad division of the South African state-owned freight company Transnet.

"Freight costs in South Africa are extremely high, even when compared globally," Vosseler said. "The highways are congested and this impairs South Africa's competitiveness."

The first African railroads were built by European colonial powers a century ago. These days the big investors are Chinese state-owned enterprises.

The Chinese have granted billions of dollars in loans for the repair of old railroad track and the construction of new routes. They accepted natural resources as surety for the loans and supplied the requisite labor. Angolan analyst David Kissadila says the Chinese are "leading the way in railroad construction" and are in a "win-win situation."

But Vosseler said it is not too late for European firms to cut lucrative deals in this big and promising market because the railroads will continue to gain in significance in Africa. "A properly functioning logistics infrastructure is vital for economic development. South Africa wants to become the logistics hub for the whole of the southern African region," he said. This would boost trade both with partners inside and outside Africa. "The potential for development in the railroad sector is vast," Vosseler added. 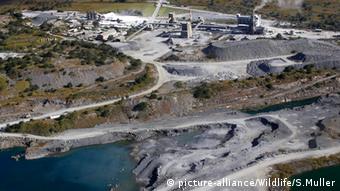 The railroad route to climate protection

The 200 million euro loan will cover 20 percent of the cost of 240 electric locomotives and there are ecological reasons why Germany backed the deal. Development cooperation with South Africa currently gives priority to energy and the climate. "The decision to support the acquisition of new locomotives that will help to protect the climate was an obvious step," Vosseler said.

The internal combustion engines that power the automobiles on Africa's highways contribute significantly to carbon dioxide emissions, especially in South Africa. The point is not lost on Senegalese-born Amadou Diallo, CEO of DHL Freight. "The traffic of the future must be more energy efficient, because of the expected growth in Africa's population and because we must bring down the level of emissions," he said.

But it is not only environmental awareness that has aroused DHL's interest in better railroad services. The inefficiency or even non-existence of railroads in Africa costs the company a lot of money. Far too many deliveries go missing because there are a plethora of checks and controls, some of which are illegal, along the way. Trucks are stopped far too often at the borders. "Everything would operate a lot more smoothly with trains," Diallo said. 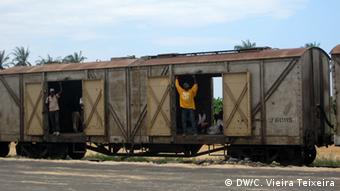 Angola may be indicating a possible way forward. More than 4,000 kilometers (249 miles) of track which was destroyed during the civil war is now operational again. China has lent Angola - Africa's second biggest oil producer - an estimated $10 billion for infrastructure projects.

Kissadila said Angola's three big ports, Luanda, Lobito and Namibe, are destined to become hubs for the transshipment of natural resources from across the region, such as copper and cobalt from Zambia or the DRC.

"These mineral ores can really only be freighted by railroad," Kissadila said. It is therefore regrettable that neither the DRC nor Zambia have linked up yet to the Angolan railroad network. "The track has been finished on the Angolan side of the border, but that is where the line ends - virtually in the middle of nowhere," he said. Billions of dollars has been dissipated with little to show in return. Kassadila said the Angolan government will have to draw up new plans for this infrastructure "because it isn't being used for its intended purpose."

According to Diallo, sustainability, environmental awareness, and the streamlined coordination of projects at an international level are all needed to build an efficient railroad network in Africa. "We have 54 different governments, 54 different heads of state and 54 different ministers for infrastructure. That means 54 different government policies." This makes everything very complicated. "Coordination is beginning to improve, but that, too, will take time," Diallo said.

Africa's raw materials are attracting investors and African states are hoping to capitalize by building roads connecting the continent. But activists warn developments could come at the expense of people and nature. (07.07.2015)

Half of Africa joins in a free trade zone

African leaders have established a single free trade area encompassing 26 countries and 625 million people in eastern and southern Africa. And next week, they'll kick off a process to negotiate an all-Africa trade pact. (10.06.2015)

The head of the World Bank has welcomed the Chinese-led bank for investments in infrastructure as a way of fighting poverty. Germany formally joined the AIIB at the start of the month. (08.04.2015)