A conference on climate and energy has brought politicians, scientists and business people to the Norwegian city of Tromso. In an oil and gas-rich country, cutting climate-killing emissions is a controversial issue. 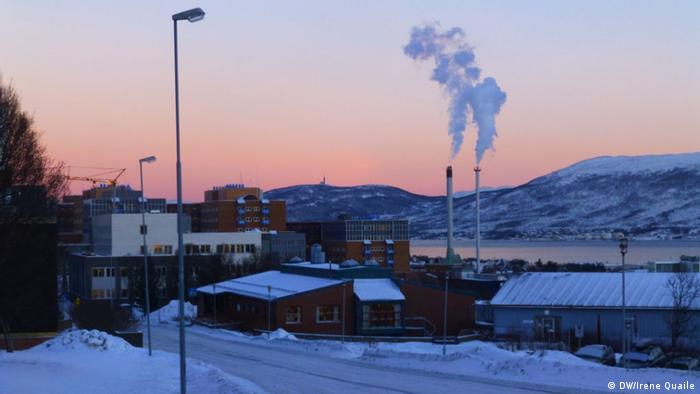 With climate change opening the Arctic to development and the search for the oil, gas and minerals thought to be locked beneath the icy region, this year's Arctic Frontiers meeting has attracted record participation. The impact of low oil prices on development prospects, and political tensions between Russia and western Arctic states have heightened interest in what the experts and decision-makers have to say on the relation between climate and energy in a country whose prosperity is based on the exploitation of fossil fuels.

No room for Arctic oil in a warming world? 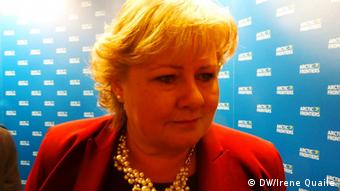 In the year when the world gears up for the key UN climate meeting in Paris in November, the Norwegian premier Erna Solberg left no doubt about her country's continuing interest in oil and gas exploitation in the Arctic region. She told DW she sees no contradiction between this and attempts to reach a new world climate agreement at the end of the year:

"We have an oil and gas strategy. There are many not yet found areas where we think there is more gas. We think gas is an important part of a future energy mix, and I think we have to explore to find it."

The Norwegian government has just allocated new licenses for exploration in the north-western Barents sea area of the Arctic. Many of the blocks released for petroleum licensing are close to the sea ice zone that had previously been protected. WWF Norway says the announcement is risky, as there is still a lack of knowledge about species and ecosystems in this area. 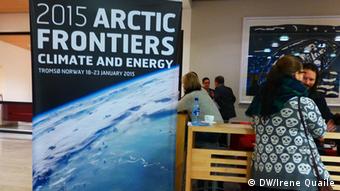 Arctic Frontiers has become one of the key Arctic venues

With oil prices at a record low, environmentalists hope Arctic development will slow down or even be put "on ice" permanently. Representatives of WWF told the delegates in Tromso – including high-ranking representatives of major oil companies Norwegian Statoil and Russian Rosneft - the world does not need oil from the Arctic. And gas should be only a "transition fuel". Samantha Smith, leader of the NGO's Global Climate and Energy Initiative, quoted a recent study indicating that 50 percent of the world's remaining gas and 30 percent of the oil must stay in the ground if the two degrees centigrade target for maximum global temperature rise, agreed by the international community in the Copenhagen accord in 2009, is to have any chance of being adhered to. She presented an alternative vision of "a thriving green economy in the white north", with renewable energies replacing the search for oil and gas.

It is not only the environment lobby that is advocating a switch to renewable enerergy. Jens Ulltveit-Moe, the CEO of Umoe, one of the largest, privately owned companies in Norway, active amongst other things in shipping and energy, said with the current low oil price, Arctic oil was simply not viable, and this would remain the case for many years to come. And by then, he said, the EU's climate targets and the international support for a two-degree target would make fossil fuels a non-option. 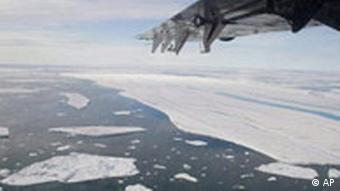 September 2008: A chunk of ice shelf nearly the size of Manhattan has broken away from Ellesmere Island in Canada's northern Arctic

But Sjell Giæver, Director of Petroarctic and Tim Dodson, Norwegian Statoil's Head of Global Exploration, insisted short-term price drops alone would not halt Arctic exploration. The region was the last place to discover large new reservoirs to satisfy continuing high demand for oil and gas for an increasing world population.

Oil ventures in the Arctic have not been particularly successful in recent years. Statoil's Dobson admits the biggest ever exploration drilling programme in the Barents Sea last year had a disappointing outcome. Statoil and others have also withdrawn from the hunt for oil off the coast of Greenland.

But the Russian President's Special Representative for International Cooperation in the Arctic, Artur Chilingarov, who is also a Member of the Board of Directors at the Russian oil giant Rosneft, stressed the company had completed construction of the northernmost well in the world last September. He said a new oil and gas field has been discovered and the program of Rosneft for 2015 to 2019 provided for a large volume of prospecting and drilling in the western part of the Arctic. 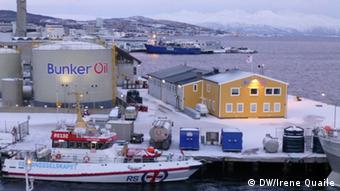 Oil is a key economic factor in Norway

One factor however that is slowing Russian activity in the Arctic is the implementation of sanctions by European countries and the USA on account of the tensions over Ukraine. Russia has turned to China and other countries for help, but the lack of western technology is an obstacle to further development in a region where bad weather, ice, remoteness and complete darkness in the winter months make oil and gas development a risky business.

There is a clear tendency amongst those involved in Arctic cooperation to play down the sanctions and keep political tensions out of the region. Norwegian President Solberg told DW:

"We have a good relationship in the Arctic Council with Russia. We have said we will be in line with Europe on sanctions, although Norway is one of the countries hit most by the counter-sanctions from Russia, for instance the fact that oil and gas exploration are among the sanction areas."

But in the meantime, on a day-to-day basis, cooperation continues, for instance in the joint management of fish resources, said Solberg. 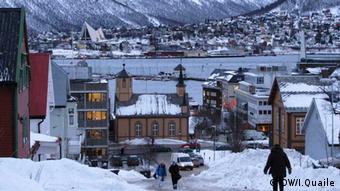 While the debate continued in the political section of Arctic Frontiers, a new, business strand of the conference opened in parallel. It focuses - on oil, gas and minerals. Olav Orheim from GRID Arendal, a centre that works with UNEP, stressed that a lot of people here are in favor of Arctic oil and gas exploration, in the interests of jobs and economic benefits.

Yet after the publication of last year's IPCC report and with climate change high on the international agenda, there seems to be a wider acceptance here in Tromso of the disconnect between burning fossil fuels and the ever more urgent need to reduce greenhouse gas emissions.

Gunnar Sand is Vice President of SINTEF, the Norwegian "Foundation for Scientific and Industrial Research", which has close ties to the oil business. From a moral point of view, "we all want to stay below the two degree limit", says Sand. But it is not possible to change a society and an infrastructure based on fossil fuels overnight. 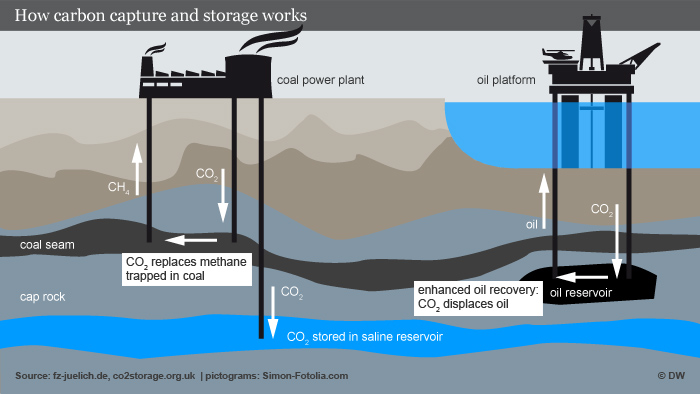 Technology for renewable energy is still not developing fast enough, says Sand. Emission reduction scenarios also rely heavily on carbon capture and storage (CCS), which would reduce emissions from fossil fuel burning and bridge the transition to a low-carbon economy. But the technology, which he himself has been involved in, is moving too slowly.

Global warming, he says, is the most serious challenge of our time. This has to be reflected in political priorities. Governments have to create economic incentives to speed up change.

US special representative ex-Admiral Robert Papp indicated dealing with climate change would be one of the key policy drivers when the USA takes over the Chair of the Arctic Council, the international body that coordinates Arctic affairs, in April.

The Chair of the US Arctic Research Commission Fran Ulmer says a carbon tax would be the best way forward, to encourage industry and consumers to save energy and cut emissions. But she acknowledged the reluctance of governments to impose decisions that could upset their voters at the next election.

Removing CO2 from the atmosphere

Global warming must not exceed two degrees Celsius. To achieve this, CO2 emissions have to be reduced and greenhouse gases removed from the atmosphere by 2100, say experts. (15.01.2015)

One thousand companies as well as investment powerhouses such as BlackRock and BT Pension and the Rockefeller and Rothschild funds are pushing for a global carbon deal. UN Global Compact founder Georg Kell tells DW why. (11.11.2014)

Russia's Rosneft to prospect for oil with Norway amid sanctions

Russia's Rosneft and Norway’s Statoil have joined forces in an exploratory oil and gas drilling program in the Norwegian Arctic. The announcement came just days after the Russian oil giant asked Moscow for debt relief. (18.08.2014)

What impact is hate speech having on environmental activists

Environmental activists are reporting a rise in online abuse, and it's dangerous offline consequences.