The Arab League, Turkey and Jordan have warned the US against moving its embassy to Jerusalem. Donald Trump has mulled recognizing the city as Israel's capital, a historic move that could fuel violence across the region. 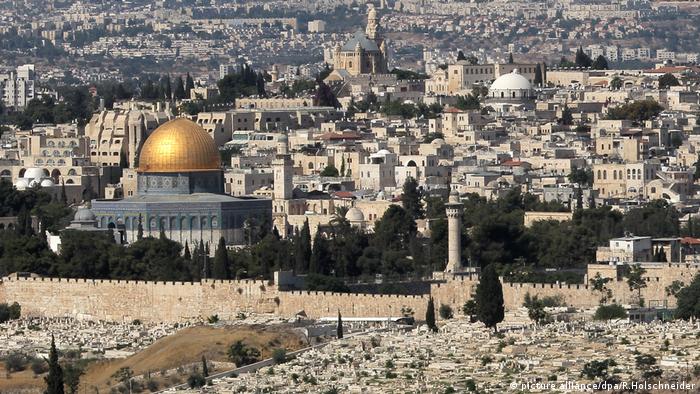 The Arab League, Turkey, Jordan and Palestinian officials have warned the US against moving its embassy to Jerusalem, saying such a move would set back any future peace negotiations and could spark a new wave of violence in the strife-torn region.

The warnings come as US President Donald Trump considers moving the US embassy from Tel Aviv to Jerusalem, effectively recognizing the ancient city as Israel's capital despite Palestinian claims to East Jerusalem.

Monday was the deadline for a decision on the move, but the White House said Monday evening that Trump had delayed his choice by several days.

"The president has been clear on this issue from the get-go; that it's not a matter of if, but a matter of when," White House spokesman Hogan Gidley said.

Israeli Defense Minister Avigdor Lieberman on Monday urged Trump to take the "historic opportunity" to recognize Jerusalem as Israel's capital, saying he hopes to "see an American embassy here in Jerusalem next week or next month."

The status of Jerusalem has been a key stumbling block during previous peace negotiations between Israelis and Palestinians, in particular regarding the question of how to divide sovereignty and oversee holy sites. Another major issue is illegal Israeli settlements in the West Bank.

'Major catastrophe' in the making

On Monday, Turkish Deputy Prime Minister Bekir Bozdag warned Washington of a "major catastrophe" if the US government recognized Jerusalem as Israel's capital.

"If the (current) status of Jerusalem is changed and another step is taken … that would be a major catastrophe," said Bozdag. "It would completely destroy the fragile peace process in the region, and lead to new conflicts, new disputes and new unrest."

The Arab League Secretary-General Ahmed Aboul Gheit echoed similar warnings, saying such a decision could fuel extremism throughout the region.

"We say very clearly that taking such action is not justified ... It will not serve peace or stability, but will fuel extremism and result in violence," Gheit said in a statement. "It only benefits one side; the Israeli government that is hostile to peace."

Meanwhile, French President Emmanuel Macron told Trump in a phone call he was worried about the impact of a unilateral US recognition on the peace process.

"Mr Emmanuel Macron reaffirmed that the question of Jerusalem's status had to be dealt within the framework of peace negotiations between Israelis and Palestinians, with the aim in particular to establish two countries, Israel and Palestine, living in peace and security side by side with Jerusalem as capital," Macron's office said. 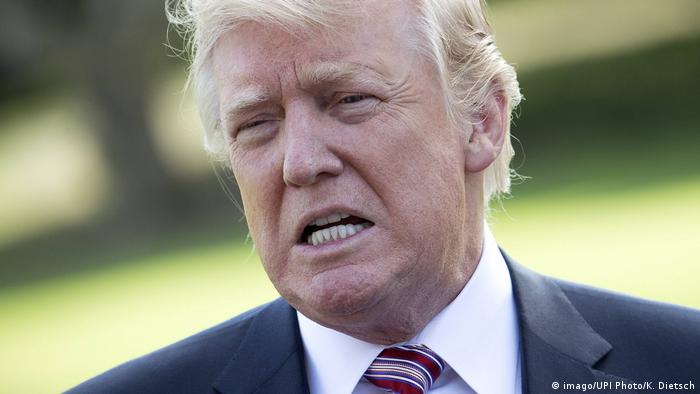 Before assuming office, Donald Trump said he is "one hundred percent" behind recognizing Jerusalem as the capital of Israel, a move which could trigger violence across the Middle East

Every president has signed a legal waiver that delays moving the US embassy by six months ever since Congress passed a law requiring the move in 1995.

While Israel regards Jerusalem as its capital, almost all of the rest of the world rejects that claim, saying the city's status should be settled in peace talks with the Palestinians.

Meanwhile, the Palestinian militant group Hamas has warned of a renewed intifada, or uprising, if the US recognizes Jerusalem as Israel's capital.

The last Palestinian intifada occurred in 2000 after Ariel Sharon, Israel's then right-wing opposition leader, visited the Al-Aqsa Mosque in east Jerusalem. The subsequent violence left some 3,000 Palestinians and 1,000 Israelis dead.

Dozens of countries have urged Palestinians and Israelis to commit to a two-state solution. France also warned US President-elect Donald Trump against moving the US embassy to contested Jerusalem. (15.01.2017)