Arab autocrats stand to gain from Trump reelection | Middle East| News and analysis of events in the Arab world | DW | 22.09.2020

From Egypt to Saudi Arabia, Arab leaders have gained a boost in US support since Donald Trump took the reins of the White House. For experts, "another term for Trump means another victory for autocratic leaders." 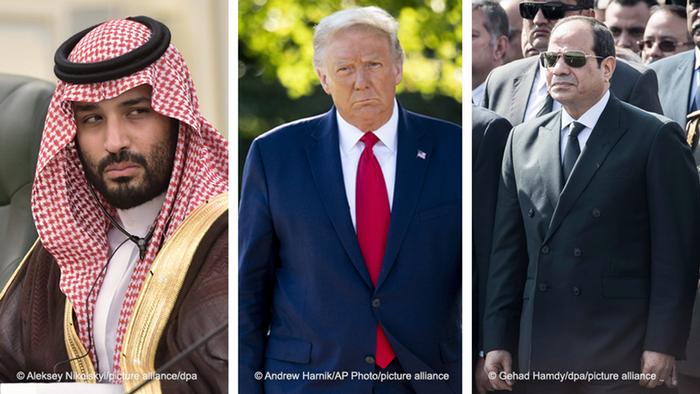 "Where's my favorite dictator?" US President Donald Trump reportedly asked while waiting for his Egyptian counterpart, former general Abdel-Fattah el-Sissi, on the sidelines of the G7 summit last year.

It should come as no surprise that the billionaire-turned-president has spoken positively about autocrats across the world. He has described North Korea's Kim Jong Un as a "great leader" and called Russia's Vladimir Putin "a nicer person than I am."

Former top-ranking US officials have even described it as "dictator envy."

In the Middle East, where US foreign policy has played an active role in installing and deposing leaders, Trump's fondness for strongmen has translated into increasing tolerance for human rights violations, most notably in Egypt and Saudi Arabia.

"Arab leaders like el-Sissi are incredibly happy when they see a world power like the US led by a president who openly attacks the press, ignores human rights and governs by a populist agenda," said Amr Magdi of Human Rights Watch.

"It's no surprise that many Arab governments supported Trump in 2016, and they support him now."

An ally in the White House

For Egypt, Trump's ascension to the presidency meant Cairo once again had a powerful supporter in the White House.

Under Trump's predecessor, Barack Obama, the US suspended direct military aid in the wake of the Egyptian coup in 2013, including blocking the delivery of Apache attack helicopters, F-16 fighter jets and more than $250 million (€213 million). That was a major blow for one of the biggest recipients of economic and military aid from Washington.

Trump has instead moved to boost direct aid to Egypt, including seeking $1.4 billion for "bilateral assistance" in 2021 — much of it for military and security assistance at a time when Egyptian security services are routinely targeting activists and dissidents.

"In short, another term for Trump means another victory for autocratic leaders like el-Sissi and more room to crush human rights," Magdi said. But el-Sissi isn't the only Arab autocrat to enjoy near-limitless support from the US president.

Trump signaled a dramatic shift from Obama-era relations when he made Saudi Arabia his first official overseas destination after becoming president in 2016. Saudi Arabia's de facto leader, Crown Prince Mohammad bin Salman, has enjoyed widespread support from the White House, even when many Western countries distanced themselves from the aspiring king.

Trump's administration shielded the crown prince from Congressional demands for action over the 2018 murder of US-based Saudi dissident Jamal Khashoggi. His administration also pushed through $8 billion (€6.8 billion) in arms sales to the kingdom and its allies despite mounting objections over Saudi's brutal war in Yemen. 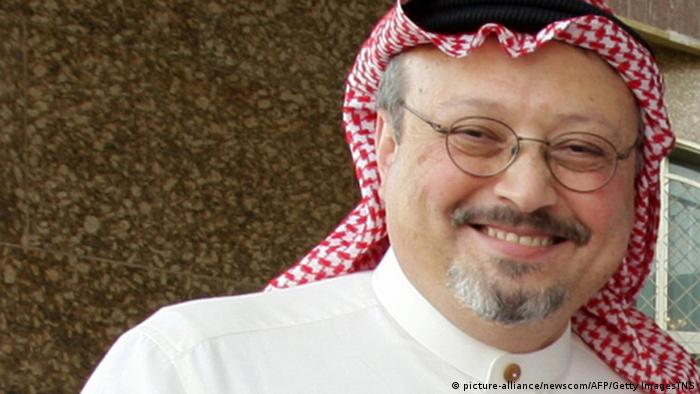 The US president bolstered Saudi foreign policy even further by unilaterally exiting a nuclear deal with the kingdom's arch rival Iran, putting it at odds with allied European signatories.

But how much would change if Trump loses the US presidential election and his challenger former Vice President Joe Biden wins? Biden has previously labelled Saudi Arabia a "pariah" and promised to end US support for its war in Yemen. He has also pledged to confront human rights violators.

"Human rights should be at the core of our engagement with the world — not the periphery," Biden said last year. "As president, Joe Biden will hold accountable Saudi Arabia, China, and every nation that violates the human rights of their citizens."

Having served as Obama's vice president and now reportedly surrounding himself by Obama-era advisors, his policies are expected to be similar, if not more centrist.

"I expect Saudi Arabia to accommodate Biden's less confrontational policy on Iran," said Yasmine Farouk, a fellow focusing on the kingdom at the Washington-based Carnegie Endowment for International Peace. "It will also need to ease the crackdown on dissidents, especially women activists and US-based dissidents."

However, some experts believe the US's broader posture toward the region will remain unchanged under Biden as Washington continues to shift foreign policy eastward toward the Asia Pacific region.

"[A Biden presidency would] be a lot different from how Trump acts, but any American president in the coming years will move away from the Middle East," said Guido Steinberg, a senior research associate focusing on the Gulf at the German Institute for International and Security Affairs (SWP). 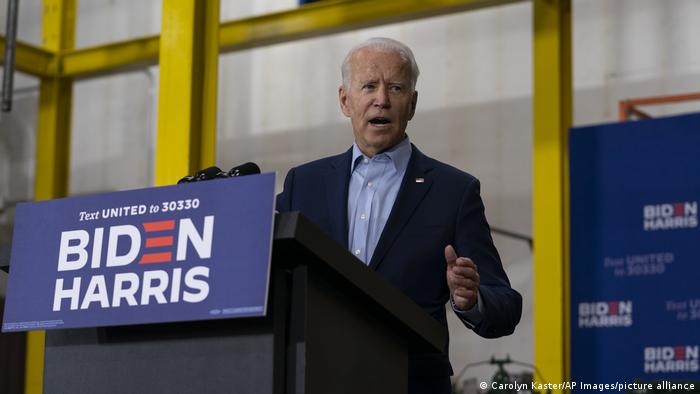 "I think Biden is paying lip service to the left wing of his party," Steinberg said. "But he will have to accept that — especially if he wants to continue this pivot to Asia — he will need all the allies that the United States has in the Middle East."

Despite Biden's pledge to return to the Iran nuclear deal under more stringent conditions, bringing his administration's policy back into line with European allies, the way forward is unclear. But Europeans are hoping for a return to more cooperative relations that would strengthen their approach to the region.

"It would already be good news if the Europeans are again on the same page as the US government in terms of the basic parameter that dialogue is the way to go in order to solve conflicts," said Kristina Kausch, a senior fellow at the German Marshall Fund of the United States think tank.

"The Trump administration had an approach of maximum pressure, meaning confrontation, so if we can return to the basic idea of dialogue, I think there will be opportunities."