Apple under fire over patent dispute in Beijing

A Chinese tribunal has ordered Apple Inc. to stop selling its iPhone 6 in Beijing, claiming the design was too similar to a Chinese-made model. The American company is continuing the sale during the appeals process. 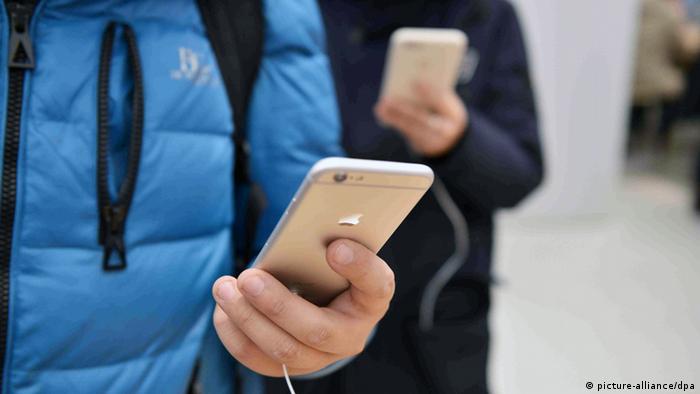 The Beijing regulator found that iPhone 6 and iPhone 6 Plus looked too much like the 100C smartphone made by Shenzhen Beili, a small Chinese brand.

Apple's retail stores, however, continued to sell their latest models on Friday. The California-based tech giant said the ruling was stayed on appeal.

If the appeal fails, Apple would be forced to give ground to competition in Beijing, where local brands such as Huawei and Xiaomi have been fighting for their market share. China as a whole accounted for over a quarter of Apple's revenue last year, making it the second biggest source of income for the company, according to RBC Capital Markets analyst Amit Daryanani.

The patent dispute is only the latest in a series of troubles to hit Apple in China. Last month, a Chinese court decided that a company was allowed to use the iPhone trademark on their bags, wallets and other leather products.

Apple was forced to suspend its iBooks and iTunes Movies services in April after the Chinese government stated they were breaking the rules for foreign publishers. The company said it hoped to resume its service soon.

In addition, Apple has been pushing against fake Apple stores in the country. Chinese businessmen have been suspected of the copying logos and products of many other Western companies, including BMW, Goldman Sachs and Ikea.