Months after she threatened to boycott the company, Taylor Swift will exclusively release a concert video of her recent world tour through Apple Music. The video will air on December 20. 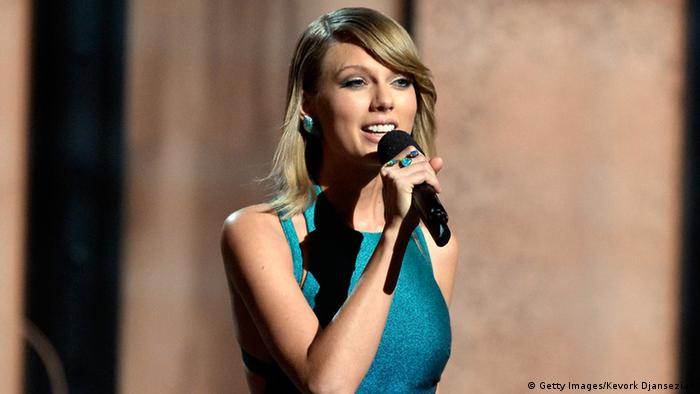 Apple signed a deal with pop star Taylor Swift to exclusively release a concert video of her recent world tour through its music streaming service, Apple Music, the company and singer said on Sunday (13.12.2015).

The deal came months after Swift threatened to boycott Apple and ban it from streaming her latest album in a spat over artist compensation.

Swift, who celebrated her 26th birthday on Sunday, wrote on Twitter to her 67 million followers: "Thank you so much for all the birthday wishes. I have a little surprise for you." A short preview of the concert film "1989 World Tour Live" was attached to the message.

Apple in turn tweeted that the film would be "only on #AppleMusic" starting on December 20.

Launched in June, Apple Music is Apple's attempt to carry its dominance of digital music through its iTunes store into the era of music streaming.

Chief executive Tim Cook said in October the music streaming service had netted more than 6.5 million paid users, and that an additional 8.5 million people were participating in a free trial.

Analysts have predicted that Apple's service will find a strong following because of the vast installed base of iTunes users. It is yet unknown whether Apple will snatch customers from Spotify and co. Spotify, founded in 2006, has over 20 million subscribers and over 75 million active users, according to its website.

Swift said in June she would put her hit album "1989" on Apple Music, days after the tech giant bowed to pressure from Swift and some independent music groups and labels and agreed to pay artists during the free trial period for its music service.