For yet another year, Apple has been found to be the most environmentally friendly of the world's largest tech companies. A study by Greenpeace said the company was making the best use of renewables. 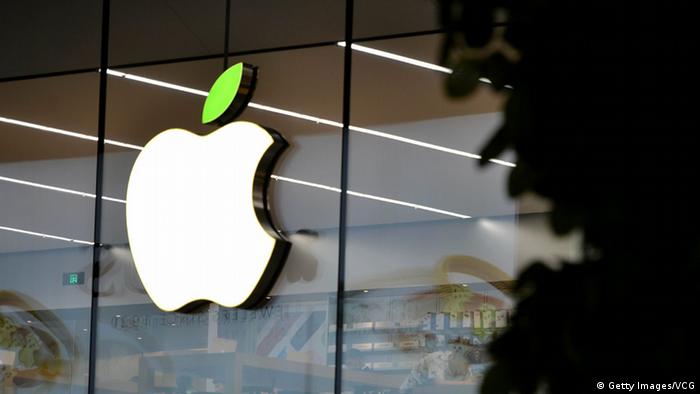 In a fresh report called "Clicking Green," environmental organization Greenpeace on Tuesday picked Apple for the third year in a row as the tech company that had made the biggest effort to reduce its ecological footprint.

According to the report, Apple was credited with playing "a catalytic role within its IT supply chain, pushing other IT data center and cloud operators … to follow its lead in powering operations with renewable energy."

Greenpeace said the energy footprint of the global IT sector currently accounted for only 7 percent of global electricity needs.

But it hastened to add that global internet traffic was expected to rise threefold by the end of the current decade, meaning a larger energy footprint, and meaning that commitments by tech companies to energy sustainability would become even more important in the years ahead.

The Greenpeace study said Apple's clean energy index - based on power demand estimates and the use of renewables to meet this demand - was now 83 percent, putting it ahead of the pack. Facebook came in second, with an energy index of 67 percent, followed by Google (56 percent).

The report mentioned Netflix had not given any public commitment to renewable energy at all and - unlike other major video streaming platforms - had not regularly provided energy consumption data and information on greenhouse gas emissions, nor had it stated any details on the energy mix for its global operations.

How green is your internet?

The massive servers required to process your tweets and videos are set to cause more carbon emissions than aviation. This week, Google pledged to power all its servers from renewables. (08.12.2016)