Anthrax discovered in beef in Hungary

Hungarian authorities have identified an infection of the deadly disease anthrax in beef, with five people being monitored for symptoms. The disease was found in meat from cattle slaughtered in the east of the country. 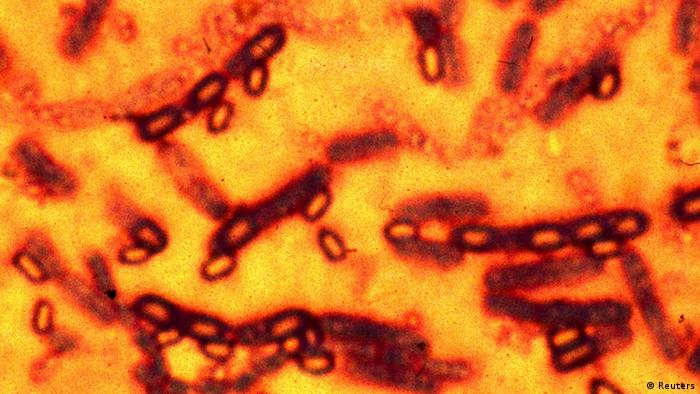 Five people were being monitored in hospital for a suspected infection of the disease, Hungarian health authority said ANTSZ in a statement.

The disease appeared to have been identified in frozen beef from two cattle that were slaughtered on a farm near the town of Tiszafured, some 160 kilometers (100 miles) east of Budapest.

Authorities said the five people hospitalized had probably contracted the disease during illegal slaughtering. The ANTSZ said some of the beef had been shipped to a company that operates canteens, with the firm's operations having been suspended.

ANTSZ added that the vaccination of animals exposed to the anthrax bacteria had already begun. "Authorities have taken the necessary measures, so there is no longer an immediate danger," the statement said.

The health agency has also asked for people who believe they may have eaten the infected meat to see a doctor, with early treatment being vital.

It added that the matter would be reported to police, given that the canteen firm had allegedly bought the meat from illegal sources.

Anthrax, which is spread by spores, results in flu-like symptoms that can go on for several days, followed by pneumonia and often fatal respiratory collapse. Untreated, it has a mortality rate of more than 90 percent, which falls to 42 percent when treated early with antibiotics.