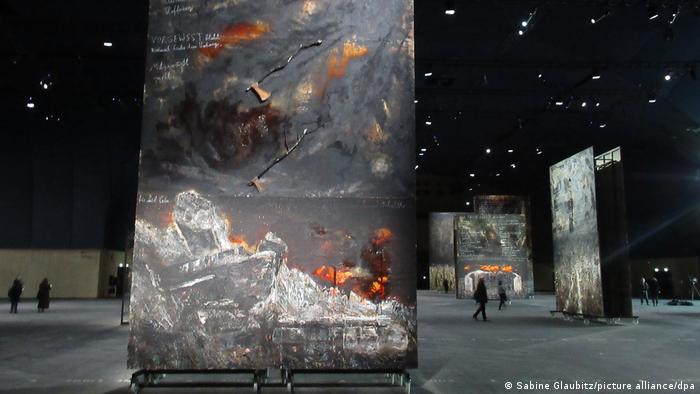 The French love him, and he loves the French: Anselm Kiefer has lived in France since 1992. In his adopted home, he is considered the most French of all German artists.

In 2011, he was awarded the Ordre des Arts et Lettres (Order of the Arts and the Letters) by the then-Minister of Culture, Frédéric Mitterand.

In 2015-2016, the Centre Pompidou museum dedicated a major retrospective to him, and in 2020 his works of art were inaugurated in the Pantheon, the temple of fame for France's great citizens — it was the first artwork to be commissioned for the illustrious location within the past 100 years. Since then, Anselm Kiefer has also been considered a French state artist.

Kiefer is also the declared favorite artist of the current French President, and Emmanuel Macron personally invited the 76-year-old painter and sculptor to exhibit his monumental works in the Grand Palais Ephemere temporary exhibition hall in Paris, in  a show titled, "Pour Paul Celan" (For Paul Celan).

Paul Celan was a poet who, like Kiefer, built cultural bridges across the Franco-German border. Both men found a second home in France and dedicated their work to addressing the atrocities of the Third Reich. 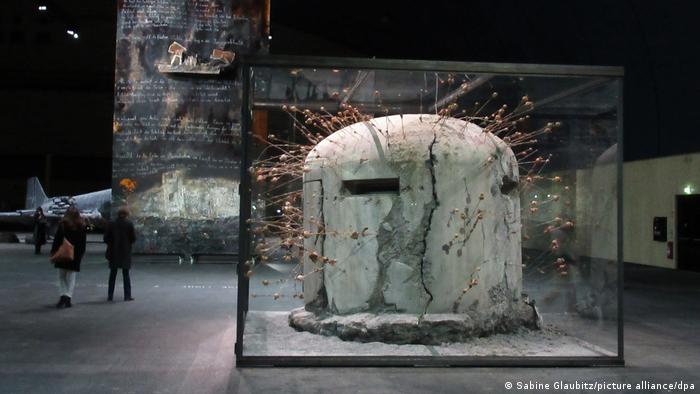 A bunker from the German border fortifications during World War II: Kiefer peppered it with poppy seeds: 'For Paul Celan - Poppy seeds and memory'

Celan was born in 1920 in what was then Romania, into a German-speaking Jewish family. His parents were relocated to a ghetto by the Nazis in 1942. His father died in a forced labor camp and his mother was shot.

Throughout his life, Paul Celan reproached himself for abandoning his parents; his poems reflect his trauma as a Holocaust survivor.

Anselm Kiefer was born in Donaueschingen in March 1945, two months before Germany's official surrender. And although he did not have to witness the war himself, his entire oeuvre deals with the Germans' Nazi past, capturing the horrors of the Holocaust on his monumental canvases.

As a teenager Kiefer discovered Celan's poem "Todesfuge" (Deathfugue), about the systematic extermination of the Jews, and the poet remained a central source of inspiration for the artist throughout his life.

Kiefer has now dedicated an entire cycle of paintings to the lyrical works of Celan, who moved to Paris in 1948. 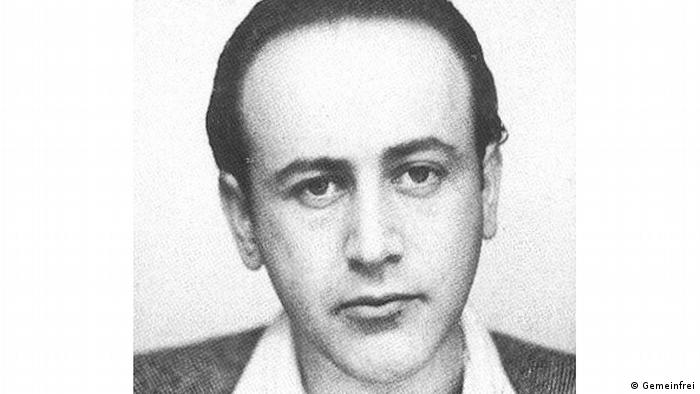 Celan in a passport photo from 1938; his poems reveal his trauma as a Holocaust survivor

While preparing for the exhibition at the Grand Palais Ephemere, the artist wrote in his diary: "Celan does not just look at the void. He has experienced it, lived through it, penetrated it. (...) The language of Paul Celan comes from so far away, from a completely different world, which we have not yet entered; it seems to us like that of an alien. We find it difficult to understand it; we only understand a fraction here and there. We try to, without ever being able to grasp the big picture. I have humbly attempted this for 60 years. Now I'm writing his language on my pictures — and I dedicate myself to this undertaking like a ritual."

Art with a monumental character

For this ritual, Kiefer needs space. His works are famously monumental. After he settled in the small town of Barjac in the south of France in 1992 on the 25-hectare site of a former silk weaving mill, he built houses there that served as "containers for a work."

In 2007, he gave up his studio and moved to the disused warehouses of a department store on the outskirts of Paris, giving him access to 60,000 square meters of space for his large-scale art. 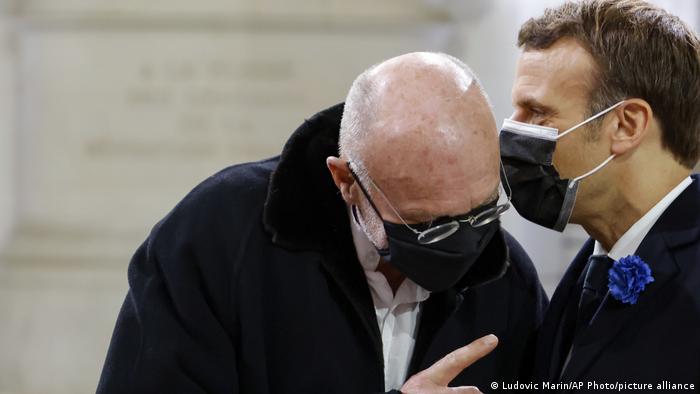 In the "Pour Paul Celan" show, Kiefer's paintings measure up to 4 by 13 meters (13 by 43 feet). The Grand Palais Ephemere, where the 23 works are exhibited, is located just across from the Eiffel Tower and is a temporary building that will serve as an exhibition space while the actual Grand Palais is being renovated.

Later, in 2024, it is to serve as a venue for judo and wrestling competitions at the Olympic Games.

Reflecting on the location of the exhibition, Kiefer wrote in his diary: "How is that supposed to work, Celan in a space that was built for the Olympic Games? Isn't that downright impossible, even blasphemous?"

He also questioned his own approach: "Your large paintings in which you quote Celan: Isn't that like placing Celan on an advertising column? Shouldn't you rather set fire to the works and burn the ashes in public?"

Kiefer did not burn his paintings, but rather turned the Grand Palais Ephemere into a scene of apocalyptic art.

Sunflowers, ferns and a lot of lead are the dominant elements; war, the Holocaust and German guilt are the recurring motifs in Kiefer's art.

The artist has drawn lines from Paul Celan's verses onto the paintings with chalk. They have titles such as "Out of hearts and brains sprout the blades of night and a word," "Imagine - the peat bog soldiers" or "On the cliff - for Paul Celan."

For filmmaker Alexander Kluge, who comments on the cycle of works in the exhibition's catalog, Kiefer's paintings breathe life into Celan's verses. The paintings comment on them, while the poet's texts fill the paintings with power, he writes.

They also embody atrocities and serve as a reminder: "Never again."

Incidentally, on April 20, 1970, Celan fell from a bridge into the Seine, not even a kilometer away from the exhibition space. It was probably suicide. The past never ceased to haunt him.

The German artist Anselm Kiefer has devoted much of his work to the atrocities committed by the Nazis during World War II. In a new exhibition in Paris, Kiefer focuses on the poetry of Paul Celan.

The exhibition "Diversity United" — a collaboration between Germany, France and Russia — was to travel around Europe. But an intervention from Moscow threw it off track.