Angela Merkel′s rival Friedrich Merz and the vast, shadowy power of BlackRock | Germany| News and in-depth reporting from Berlin and beyond | DW | 29.11.2018

The sheer scale of BlackRock's finances makes its influence on the world unlike that of any other company. Now one of its board members in Germany, Friedrich Merz, wants to succeed Chancellor Angela Merkel. 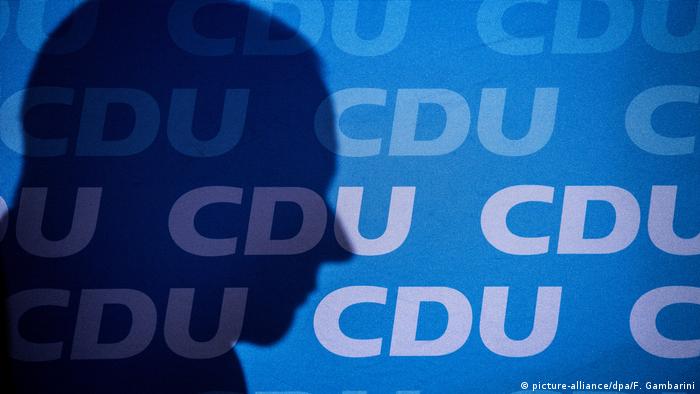 Friedrich Merz, Angela Merkel's old political rival, is out to replace her as head of the Christian Democratic Union (CDU) and potentially the German government. If successful, he would be the first German leader to come directly out of the so-called shadow banking system, and the first leader to have previously been a highly paid lobbyist for a global financial institution.

Shadow banks are generally defined as financial institutions that work like banks but aren't subject to the same regulatory systems. Their growing power, which dwarfs the likes of Amazon, Facebook and Google (all of which BlackRock invests money in) means that financial market speculation has become one of the biggest movers of money in the world.

Many critics of the market system believe this destabilizes the world economy by incentivizing risk, the trade in bad loans, and investing via unregulated markets, known as "dark pools." The rise of shadow banking has been blamed for causing the subprime mortgage catastrophe of 2007-2008 and the global recession that followed.

Merz heads the supervisory board of the German branch of BlackRock, the biggest asset management corporation in the world, which controls some $6.3 trillion (€5.56 trillion) in assets — twice Germany's gross domestic product.

Two venerable German researchers, political scientist Peter Grottian and finance expert Werner Rügemer, appeared in Berlin on Wednesday to warn against letting Merz take control of the German government. Working independently of any university, the two men produced a dossier on BlackRock and Merz because they believe the shadow banking system is not being properly explained in the media even with Merz as a frontrunner to replace Merkel. 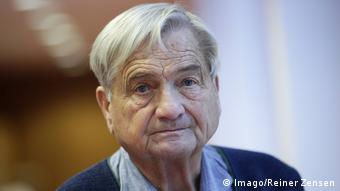 Political scientist Peter Grottian: We need to talk about BlackRock

BlackRock is the "biggest organizer of capital in the Western world," Rügemer said at a press conference on Wednesday. He said it owns shares (on behalf of customers) in some 18,000 companies, including "all 30 German DAX companies, of course."

The 14-page dossier claims that BlackRock is the global leader in a number of financial operations that specifically aid the super-rich: organizing shell companies (it manages more letterbox firms than anyone else in the world), dealing in "dark pool" financial markets (unregulated markets where major financial institutions trade securities), and creating near monopolies (such as the takeover of agrochemical conglomerate Monsanto by pharmaceutical giant Bayer, completed this year).

A spokesman for BlackRock declined to comment on the claims, but referred to an open letter written by CEO Larry Fink in response to the increased media attention in the last few weeks. "We are not a bank. We are an independent asset management company," Fink wrote. "Our aim is to give our customers easy access to the stock markets and so to participate in economic growth."

He added that BlackRock does not own such assets, but "holds minority stakes in the names of our investors." "We are convinced that sustainably profitable companies create the greatest wealth in the long term," he continued. "That is why we maintain a dialogue with companies, in order to better understand the strategy and social contribution of each company."

The CDU and the capitalists

BlackRock's activities have attracted the attention of the authorities. Police searched BlackRock's offices in Munich earlier this month as part of an investigation into the "cum-ex" tax evasion scandal, which cost European taxpayers some €55 billion. That investigation is related to the period from 2007 to 2011, five years before Merz joined the company.

Rügemer says that "small scandals" like this are only made possible by a lucrative business that BlackRock is heavily involved in — the short-term lending of shares.

"They are lent to other members in the financial market for a day, for two weeks or maybe three months," said Rügemer, "so that these lenders can do more business with those shares and evade taxes by claiming tax rebates they never paid in the first place."

CDU politicians have always maintained a close relationship with Germany's major corporations, but the academics believe that Merz's candidacy for the leadership threatens a completely new kind of influence. "The power of capital in CDU governments was always more or less hidden, and it never aspired to direct representation in the top political positions," said Rügemer. "But that's different with Merz. The fact that the most highly paid lobbyist of BlackRock is not just going to the chancellery and saying, 'Please don't make such tough laws,' but that he himself wants to be CDU leader and chancellor — that's the difference."

Merz presents his successful finance career, which developed in his nine-year absence from politics, as an advantage in the CDU leadership race. If the polls can be believed, many party members seem to agree. "Of course they do," said Rügemer, "because they don't know that BlackRock is destroying the economy."

Grottian called the publicity that Merz's candidacy for the CDU has created an "opportunity," because so much of BlackRock's power derives from the way it works under the media radar. "We already see from BlackRock's press releases that all this is getting a little dangerous for them, that they're coming out of the darkness," he said. "They don't want that. This debate really should start now." 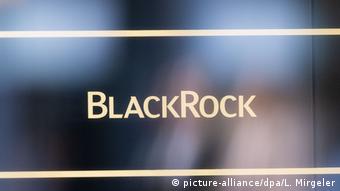 "If this had been a traditional locust company that had pounced on rising rents or property developments, we would have noticed," he added. "But this way we don't see it."

Other researchers have previously come to similar conclusions about BlackRock. "There has never been a company like BlackRock before," said Heike Buchter, who published a book on the company in 2015, in a recent interview with the IPG Journal. "No one else has comparable access to companies, governments, regulators and central banks than BlackRock."

The financial power wielded by BlackRock is illustrated by the merger of Bayer and Monsanto, which was approved by the EU earlier this year. BlackRock is a major shareholder in both companies. "They organized that merger in the last few years. … And their business model is not about expecting a dividend at the end of the year, but the constant speculation of their shares rising and falling in these companies," said Rügemer.

The dossier also claims to explain how BlackRock's influence on companies extends into policymaking: It has recently become heavily invested in companies that have bought up public housing in the past two decades, which is driving up rents in all of Germany's cities, while at the same time lobbying to keep rent caps weak. Similarly, BlackRock is a major shareholder in Amazon, which is resisting any deal with trade unions in Germany.

This all chimes with Merz's career and politics: He has sat on the boards of several major companies, including Commerzbank, HSBC, the insurance company AXA, and the German real estate developer IVG. During his career as a Bundestag member, he opposed the minimum wage and argued for cutting social benefits and limiting the power of trade unions. His possible ascension to the chancellery would therefore grant the financial power broker unprecedented control of Europe's largest economy.

Opposition lawmakers have lodged hefty criticism against Merkel's could-be successor for questioning the right to asylum. The populist AfD said Merz has become more right-wing than they are. (22.11.2018)